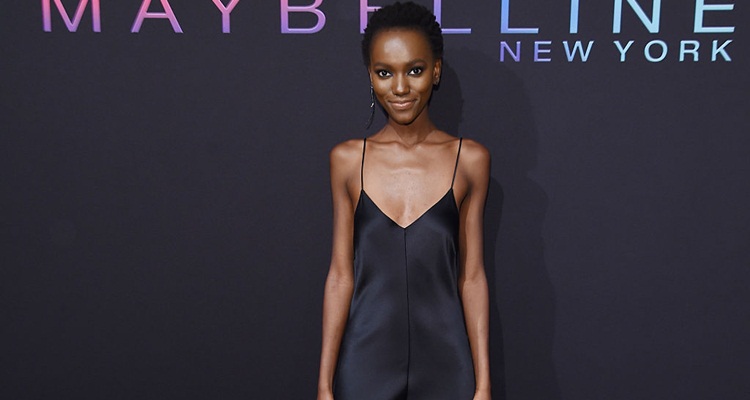 Herieth Paul is an African-American model already being dubbed as the next Naomi Campbell! She’s one of the latest inductees into the elite class of supermodels that are the Victoria’s Secret Angels.

Last year, Maria Borges made history by becoming the first Victoria’s Secret Angel to sport her short natural hair at the Victoria’s Secret Fashion Show. This year’s Victoria’s Secret Fashion Show 2016 has three models showcasing the beauty of their natural hair, Maria Borges, Jourdana Phillips and Herieth Paul. Paul even posted a picture of the three of them on her Instagram, which is followed by over 560,000 people! Hereith Paul is the much-talked about model in this squad, and we want to know more about her. So, we’ve compiled Herieth Paul’s wiki, and we’re sharing it with you.

She is Compared to Naomi Campbell

Paul was featured on the cover of Elle Canada in July 2011, which had the caption “Naomi Move Over: Why We’re Hot For Herieth.” Naomi Campbell is her idol, and she does have a resemblance to Campbell (especially when Paul first started out and had long hair and bangs), but Paul is a model in her own right.

By the age of 16, Herieth Paul had walked the runway for brands like Lacoste, Diane Von Furstenberg, Tom Ford, Calvin Klein, Armani, Cavalli and 3.1 Phillip Lim. She has appeared in editorials for Vogue Italia (with Arizona Muse and Freja Beha), i-D, Wonderland, and Teen Vogue.

Paul’s net worth is not known, but it’s unlikely to be a small amount given her body of work in just four short years. She was one of three models in Tom Ford’s 2013 Fall/Winter campaign that were photographed by Tom Ford himself. The same campaign was named one of the top 10 campaigns of the year by The Business of Fashion and Racked.com. She also appeared in a commercial for CK One, Calvin Klein’s fragrance line.

Her Mother is a Diplomat

Herieth Paul was born in Tanzania and lived there until she was 14 years old, when she moved to Canada with her family. She also has a sister, Happiness Floyd, who is one year older than her. Their mother, Nsia Paul is a diplomat the Tanzania High Commission in Ottawa, Canada.

When asked how she felt about leaving Tanzania, Paul responded, “It wasn’t that hard. My mom is a diplomat [for Tanzania], so she knew she was moving since I was 11, so she was like, ‘One day we have to move to Canada.’ I was excited.” Since she began modeling, Paul has been living in New York and has travelled around the world.

She completed her education through online summer school and had traveled back and forth between Ottawa and New York. Her mother has also accompanied her to the various fashion weeks.

She Wanted to be an Actress

Herieth Paul wanted to try a career in acting and went to an open call audition at Angie’s AMTI, a model agency based in Ottawa. There, agents told her that she had the makings of a model. “I went to my agency in Canada [Angie’s Model & Talent] when I was 14 for acting and they were like, ‘You shouldn’t act, honey; you should be a model. You’d be a real good model.’ I was so shy, and I was so tall.” Paul recounted.

The 20-year-old is now signed with multiple agencies around the world with AMTI: Toronto being her primary one. She has signed with Women Management (New York, Paris, Milan), Elite Model Management in London, Hamburg’s M4 Models, and Folio Montreal. The exposure and traveling that came with modeling helped Paul overcome her shyness.

Her Agency Wanted Her to Change Her Look

When she first started modeling, Herieth had a weave which gave her the young Naomi Campbell look. However, her agency wanted her to shave her head, and she became known for her natural hair. “My agency was like, “clients want you to shave your head.” So I finally shaved my head, and I’ve been so happy since. I felt so basic with long hair,” she told Elle.

Paul’s profile on the Women Management’s web site says she is 5’10” and she weighs around 117 pounds. Paul says she’s naturally thin, but does hot yoga to remain in shape. She also eats healthy and makes her own granola bars for a snack, which she freezes instead of bakes.