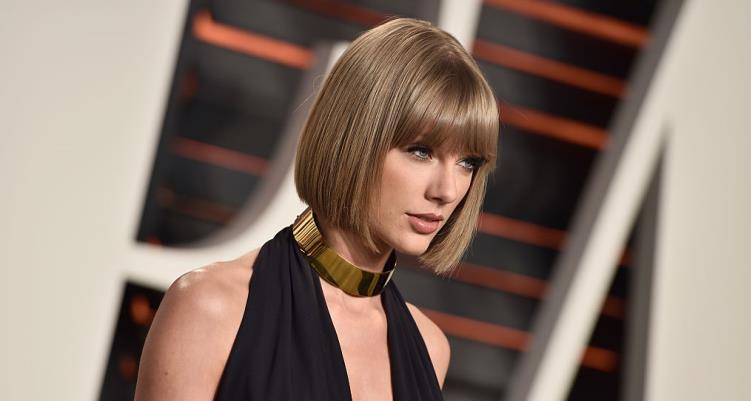 Looks like it was another fashion-forward night for the annual Met Gala, which took place last night (Monday, May 2, 2016). The Met Gala 2016 theme was Manus x Machina: Fashion in an Age of Technology, and celebrities put on their best to grace one of the more popular red carpet scenes of the year. As we should have already come to expect, Twitter was ablaze with one of the biggest questions being, “What did Taylor Swift wear at the Met Gala 2016?”

Well, she didn’t disappoint. Seeming to have really taken the theme almost literally, Taylor Swift’s Met Gala 2016 outfit was a short, metallic mini dress by Louis Vuitton, which Swift obviously rocked. She co-hosted this year’s event, which may be why she so closely stuck to the theme. She paired her dress with a messy blond bob ‘do, a pair of lace-up heels, and ditched her famous red lipstick for a shade much darker.

And in case you were looking out for Swift’s beau Calvin Harris, you likely never found him, instead, you probably found Selena Gomez at the Met Gala 2016 with Swift. Selena Gomez and Taylor Swift accompanied each other this year as they continue their eight-year tradition of being each other’s plus one.

On top of her co-hosting duties, you know it wouldn’t be a party unless Swift hit the dance floor. And that she did, busting out her unorthodox moves with Tom Hiddleston as they broke it down to some classic hip hop. It was really just another night for Swift and another fashion showstopper for the Met Gala in 2016.

What do you think of Taylor Swifts #MetGala look?