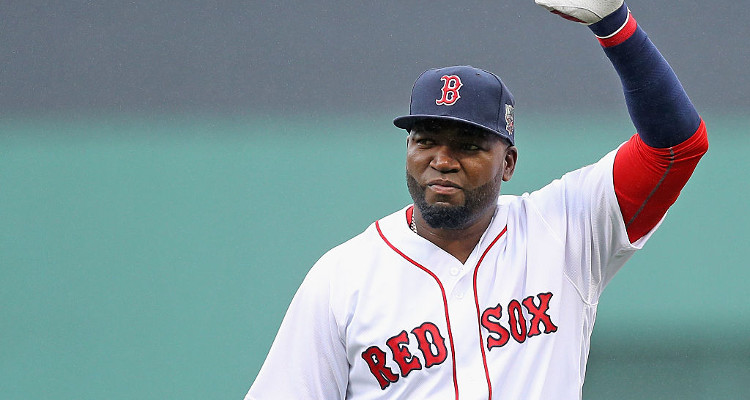 It’s officially MLB playoff season, so you will certainly be getting your fill of Baseball games and we think it’s a good idea that you learn some interesting details about this year’s notable players. Especially, David Ortiz. He’s absolutely killing it on the field and with the playoffs in full swing (pun intended) it’s necessary you know a little about him! David Ortiz is a Dominican American professional baseball player, who plays for the MLB’s Boston Red Sox. If you have been wanting to learn more about him and are searching the Internet for David Ortiz’s wiki, David Ortiz’s salary and David Ortiz’s net worth, then look no further, because we have all the details about David Ortiz for you right here!

David’s full name is David Américo Ortiz Arias and he was born on November 18, 1975 in Santo Domingo, Dominican Republic. Ortiz completed his graduation from Estudia Espaillat High School, and in the year 1992, he got his first big baseball break when he was signed by the Seattle Mariners. Initially, he was listed as David Arias, however, when he moved to Minnesota, he told his team that he preferred to be listed as David Ortiz. Ortiz is 40 years old (which sounds a little old for a major league baseball player) but Ortiz is still performing better then many who are much younger than him!

If you have seen any of his baseball games, then you must have noticed that after every home run, David Ortiz points both of his index fingers upward to the sky, as a tribute to his mother. His mother, Angela Rose Arias passed away in a car crash in 2002. His mother was barely 46 years old at the time. In the loving memory of his mother, Ortiz also has a tattoo of his mom on his bicep. He married his wife, Tiffany Ortiz in 2003. Tiffany is from Kaukauna, Wisconsin. In the year 2013, Ortiz announced that he and Tiffany were separating, however, later on, they actually got back together, and now, the couple have three kids together! His wife Tiffany is the New England Board of Directors for UNICEF.

Due to his bad experiences and a difficult childhood, Ortiz made the decision to help other children. He started the David Ortiz’ Children Fund to give a chance to children in New England and Dominican Republic who do not have access to various facilities.

Last year, in 2015, Ortiz announced that the 2016 baseball season would be his last. However, he’s definitely walking away with his head held high, especially after leading his team to three world series titles.

David Ortiz’s net worth is estimated to be around $55.0 million.

Apart from playing matches, he also earns a good amount of money (approximately $6.0 million) due to endorsements. MasterCard, JetBlue, Coca-Cola and Buffalo Wild Wing were among some of the companies Ortiz has endorsed. Dunkin’ Donuts, New Balance and Marucci are also included in his endorsement portfolio. Ortiz’s estimated salary is $16.0 million, and he has also launched his own food line in the year 2013 which likely contributes to that amount.

Although this will be the last season played by David Ortiz, viewers and fans all over the world will definitely miss a brilliant player like him on the field. After his retirement, it has been speculated that Ortiz will concentrate working on his endorsements and his children fund, so that kids who are deprived of better facilities can get a chance to get into sports. David Ortiz has definitely won the hearts of millions and we wish luck and success for his future endeavors.