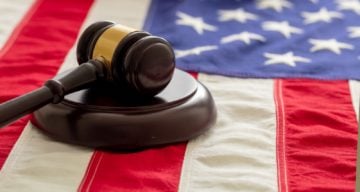 Discovery+ is retelling incidents of citizen investigators risking it all to bring deadly killers to justice in its latest series, Citizen P.I. One such case it focuses on is the 2012 murder of Prince McLeod Rams when he was just a toddler. His mother, Hera McLeod, fought tooth and nail to first protect her son from Joaquin Rams, Prince’s father, and later get him convicted for Prince’s death. McLeod uncovered horrifying secrets about Joaquin that initially went ignored by investigators and helped the families of his previous victims get some satisfaction by sending him to prison. With Citizen P.I. now streaming, viewers want to know more about where Hera McLeod is and what she is doing now. We give insight into the case and her whereabouts right here in Hera McLeod’s wiki.

Hera McLeod was born in 1981 to Gus and Mary McLeod. She hailed from Gaithersburg, Maryland, and was an intelligence analyst in Washington, D.C.

Hera and her father Gus competed on The Amazing Race season 6. They finished seventh, and garnered a reputation for not being the strongest father-daughter pair on reality TV. But the family would be more united when Hera met a suspected serial killer years after the show.

Hera hoped to have a marriage like her parents who had been together for over three decades. That’s how she ended up on Match.com.

Hera was 29 in 2010 when she connected with a man who identified himself as Joaquin Rams on the dating site. Rams described himself as a 26-year-old R&B singer with a major recording contract. While he looked older and seemed unlike what he claimed online, Hera was drawn to him.

On July 1, 2011, 17 months after they met, Hera gave birth to their son, Prince Elias McLeod Rams. Rams proposed and they were planning a wedding when things went downhill.

Hera’s sister, Lara McLeod, who was 19 at the time told the family that Rams had sexually assaulted her. At his trial, Rams claimed it was consensual. But the McLeods were alarmed enough for Hera to pack her stuff and leave with Prince.

Hera said they turned to the police in vain. The investigators concluded that the sexual encounter was consensual and charged Lara for making a false report.

With the help of a private investigator, the McLeods later uncovered shocking facts about Joaquin Rams. For starters, he was born John Anthony Ramirez and was more than 10 years older than he’d claimed on his dating profile. According to his half-brothers, he had violent tendencies and run-ins with the law.

Hera had doubts about Rams’ abusive relationship with his older son. Things seemed far worse when she discovered that Rams was a suspect in the murder of his son’s mother, Shawn Mason. He was also suspected of killing his own mother, Alma Collins.

Rams was suspected in both murders as he was a beneficiary in life insurance policy claims Mason and Collins had. A lack of evidence in the earlier investigations meant he got away.

Learning the truth prompted Hera McLeod to sue for full custody of their son, Prince. When she requested an off-duty police officer supervise Rams’ visitation, he sued for full custody, too.

Despite shocking testimonies, including from one of Rams’ exes, he was allowed supervised visitation. After a psychological evaluation, the supervision was lifted.

In October 2012, Rams had Prince for the day and he was reportedly running a fever. In the afternoon, police called McLeod with devastating news.

EMTs reportedly responded to Rams’ house where they found an unconscious Prince. Rams claimed he had given him a cold bath to prevent a fever-induced seizure. After failing to resuscitate him, he was taken to a hospital where he died the next day, on October 21. 2012. He was 15 months old.

Rams was arrested in January 2013 and charged with the first-degree murder of Prince. Investigators found that Rams had taken out life insurance policies worth over $500,000 on Prince months before he died. On one policy, Rams stated that McLeod had died in a car accident at age 27.

Rams denied killing his son, or his ex-girlfriend and mother. His defense was that Prince died of natural causes and Mason and Collins killed themselves.

He was nonetheless convicted of capital murder for Prince’s death and sentenced to life imprisonment without parole. Shawn Mason’s family initially declined pursuing a conviction for her murder, satisfied with his sentencing.

McLeod attended The George Washington University and had a brief stint studying overseas at the University of Cape Town. She earned her BA in political communication in 2003. She later earned her MA in special education and teaching from Loyola Marymount University in 2005.

When she appeared on The Amazing Race, McLeod was a special education teacher for Teach For America. But later in her career, she was working with federal government agencies, researching and analyzing information systems.

She was often a contractor through firms. She has worked with the Department of Homeland Security and the CIA. She was employed by IT firms working on government contracts around the time she met Joaquin Rams.

In recent years, McLeod has shifted to the commercial sector. She worked at Amazon Web Services from 2016 to 2019.

She has been a project manager at Microsoft since January 2020.

In addition to her day job, McLeod was inspired to help people who’ve experienced hardships similar to hers. She’s a motivational speaker and advocate for mothers who’ve lost their children, child justice, and other humanitarian projects.

A grief-stricken Hera McLeod was hoping to become a mother again after losing Prince. But this time, she would not fall into another custody battle like with Joaquin Rams.

So she opted for a sperm donor and gave birth to a daughter, Estela, on October 30, 2013. She chose not to find out the father’s identity and doesn’t share custody of Estela with anyone else.

“It’s hard for anyone to understand unless they have lived through this tragedy,” McLeod said back then. “No child can ever take the place of another child.… I’m a mom. I’m a good mom. And I wanted to share my love with another child.”