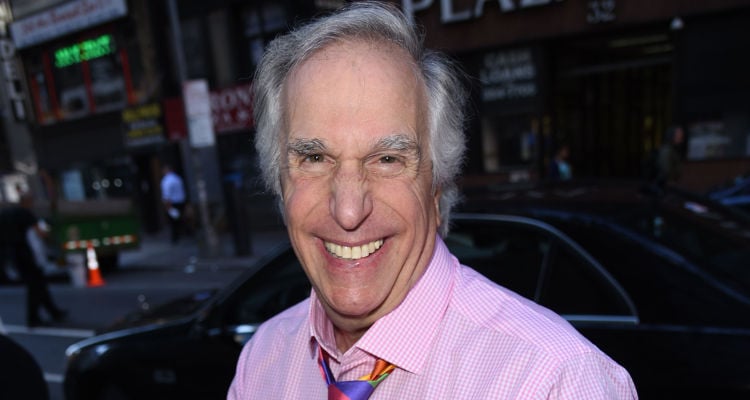 Henry Winkler, best known for his role as Arthur Fonzareli in the ’70s sitcom Happy Days, is now backpacking across Asia in the new NBC travel-reality show, Better Late Than Never. He had started out as a minor character in Happy Days, but went on to become a popular character and subsequently made big bucks.

Henry Winkler is now an actor, director, producer, comedian and author. With so many working titles, it’s no surprise that the 70-year-old has an estimated net worth of $20 million!

Winkler married his wife, Stacey in 1978 and the couple have two children together. Winkler also has a step-son, Jed, from Stacey’s previous marriage.

Winkler is currently filming, Better Later Than Never alongside, William Shatner, George Foreman, Terry Bradshaw and Jeff Dye. Read on to know more about this celebrated actor and his illustrious career.

Winkler’s parents moved to the U.S. from Berlin during World War II. The actor was born in Manhattan on October 30, 1945 and was raised in New York. He attended school on the Upper West Side, did his Bachelors at Emerson college, and despite his poor academic performance, was able to attend Yale School of Drama thanks to his amazing performance during the admission interview.

Winkler had a tough childhood due to his undiagonosed dyslexia. In an interview, he expressed his frustrations as a child wanting to perform well in his studies, but he just couldn’t. Winkler stated he had a strained relationship with his parents, especially his father. His father was multi-lingual and good at math and often punished Winkler for his poor performance in school. Winkler was also not allowed to participate in extracurricular activities like drama because of his low grades. His learning disability was diagnosed when he was 31 years old.

Winkler’s character of ‘The Fonz’ in Happy Days may be the most memorable role he has done with ‘Fonzie’ becoming a major pop culture icon. But the actor has also gone on to do many acting roles on both the big and small screen, movies and even theater. Winkler has acted in movies like, The Lords of Flatbush, An American Christmas Carol, Click, You Don’t Mess With The Zohan and many others. He was also a producer and narrator for an Academy award-winning documentary movie about a couple who adopted 14 war orphans titled, Who are the DeBolts? And Where did They get Nineteen Kids?. He produced many TV shows and was a recurring cast member of the comedy show, Arrested Development. He’s also appeared in numerous TV shows and films. Winkler was very active in theater as a student at the Yale School of Drama. He often performed Shakespearean dramas with his own twist.

After much persuasion from his agent, Alan Berger, Winkler wrote a series of children’s books in collaboration with Lin Oliver. The main character of the book is a Dyslexic 4th Grader named Hank Zipzer, ‘the world’s greatest underachiever’. Winkler has published 17 books in this series and has even attended annual book tours to many schools all over the country.