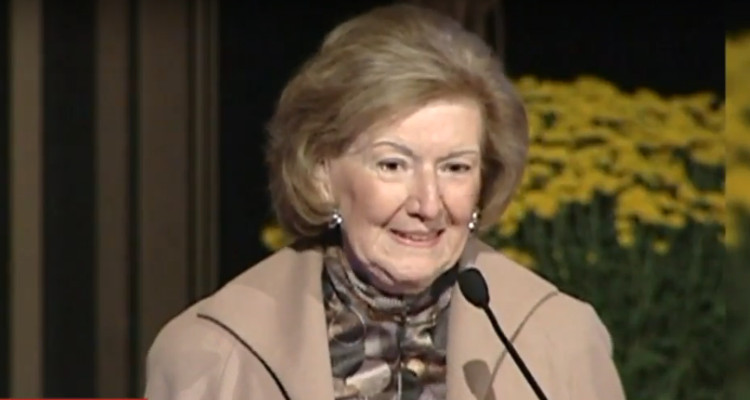 Helen Van Wesep was born on February 24, 1927, in Grand Rapids. She was the only child of George and Wilma Burggraaff Van Wesep. At first, DeVos attended Frankfort High School located near Traverse City before she moved to Grand Rapids. DeVos completed her graduation with a Bachelor of Arts degree from Calvin College.

We all know that Devos is the wife of Amway’s co-founder. DeVos met Richard in 1946 when Richard and his friend saw her and her best friend walking and offered them a ride. In 1953, Devos walked down the aisle with Richard. Their marriage resulted in four beautiful kids, three sons, Dick, Dan, and Doug and a daughter, Cheri DeVos-Vanderweide. All the kids are a part of the operation of Amway.

Helen DeVos’ Cause of Death

DeVos’ died on Wednesday, October 18. At the time of her death, DeVos was 90. DeVos is survived by her husband, Richard DeVos, their four kids, 16 grandchildren, and six great-grandchildren. Upon DeVos’ death, her family released a statement, which read, “While we grieve her passing, we rejoice in her new life in heaven and are grateful for the countless ways she blessed our lives. We are comforted in knowing that she was welcomed home into the loving arms of Jesus. We will never forget her unfailing love, strength and devotion that were truly the heart of our family.” Reportedly, Helen DeVos’ cause of death is due to complications from a stroke after a diagnosis of myeloid leukemia.

Helen DeVos was a Big Fan of the Arts

DeVos was a big fan of everything related to the arts, health care, and education. Helen DeVos’ page on The King’s College website states, “Mrs. DeVos is well known as a supporter of symphony orchestras and has shared her love of music on both local and national levels. In 1971, she began to serve on the board of the Grand Rapids Symphony Orchestra and later on the executive committee; she has been an Honorary Board Member since she retired in 1992. Mrs. DeVos also is an honorary board member of the League of American Orchestras in New York City, where she served as a board member from 1982-1992, as Vice Chairman of the Executive Board from 1985-1992 and Chairman of the Nominating Committee from 1989-1991.”

DeVos and her husband donated a lot to charities and organizations. One of the reasons why Helen DeVos’ is a known figure is because of Grand Rapids’ children hospital. In 1993, DeVoses contributed around $5.0 million to open the Helen DeVos Women and Children’s Medical Center. Twelve years later, DeVos and her husband announced the plan of a new children’s hospital.

In 2005, DeVos’ said, “I’m really proud and as well as really humbled to have my name on this hospital. The care has always been the best. I don’t know how you make the best better, but I’m going to stick around and find out and I hope you do, too.”

It is definitely a difficult time for the DeVos’ family. She was truly loved, not just by her family members but also her friends. May her soul rest in peace.