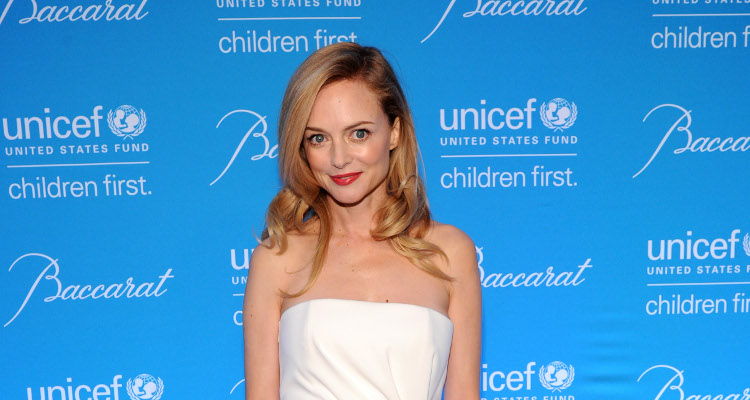 Known for her head-turning beauty and terrific acting skills, Heather Graham is a name in the fraternity of Hollywood. Active since 1988, she’s spent many years in font of the camera. Recently, there’s been major controversy surrounding the recent allegations against one of Hollywood’s biggest entertainment mouls, and now, the Heather Graham and Harvey Weinstein headlines are everywhere. Read on to know more.

Noted for portraying characters with massive sex appeal, Heather Graham often appears on magazine lists of ‘Sexiest’ and ‘Most Beautiful’ women. As an actress, she’s been featured in TV shows, several films, and television commercials. Here’s everything you need to know about this lovely lady, so keep reading our Heather Graham wiki.

Born on January 29, 1970, Heather Graham’s age is 47. She started her career with television commercials in and in 1988 she made her debut in the teen comedy film, License to Drive. She began getting noticed for her acting after appearing in the film, Drugstore Cowboy in 1989. After that, she played supporting roles in films such as Shout, Six Degrees of Separation, Diggstown, and Swingers. She also starred in 1991’s television series, Twin Peaks and its prequel film, Fire Walk with Me. In 1997, she gained critical praise in Paul Thomas Anderson’s, Boogie Nights. She co-starred in Bowfinger and Austin Powers: The Spy Who Shagged Me in 1999.

Heather Graham’s movies became increasingly popular in the 2000s. She starred in hit films like Committed, Mary, Say It Isn’t So, Gray Matters, The Hangover, and its sequel, The Hangover Part III. In 2004, she also was a part of the television series, Scrubs. In 2006, she played the title character in the series, Emily’s Reasons Why Not. Heather Graham also had recurring roles on Showtime’s Californification in 2014 and Netflix’s Flaked in 2016.

Heather Graham’s net worth is estimated at a jaw-dropping $20.0 million. We’re not surprised though, this lovely lady has both beauty and talent oozing out of her nerve cells!

Who is Heather Graham’s Boyfriend?

Recently, Heather Graham split up with her boyfriend, Tommy Alastra. The couple were together for about a year. They were spotted kissing in New York and they headed for a romantic holiday to Italy. Sadly, they officially parted ways this past July.

Recently, Heather Graham reported that back in the early 2000s, movie producer, Harvey Weinstein had asked her to have sex with him in exchange for being included in a movie. She revealed to Variety that he told her, “I want to put you in one of my movies and offered to let me choose which one I liked best. Later in the conversation, he mentioned that he had an agreement with his wife. He could sleep with whomever he wanted when he was out of town. I walked out of the meeting feeling uneasy.” She went on to say that Harvey Weinstein didn’t give in and invited her to his hotel suite. She turned down his offer and said, “I made up an excuse-I had an early morning and would have to postpone. Harvey told me that my actress friend was already at his hotel and that both of them would be very disappointed if I didn’t show up. I knew he was lying, so I politely and apologetically reiterated that I could no longer come by.” Owing to her rejection, Weinstein dropped her as an initial choice for the role and she never starred in any of his films since then. Heather Graham admitted that after the New York Times article that featured Ashley Judd speaking about a similar encounter, she felt ashamed for not having done the same a decade ago. “If I had spoken a decade ago, would I have saved countless women from the same experience I had or worse?” she wondered.

Well, this is definitely a brave move on Heather Graham’s part, as coming forward couldn’t have been easy. Although it was over a decade ago, we believe it’s better late than never. Her story follows the narratives from eight other women who have alleged that Weinstein harassed them in exchange for work. Following this shameful expose, Harvey Weinstein was fired from his own company and his name has been removed from several movie projects and television shows.