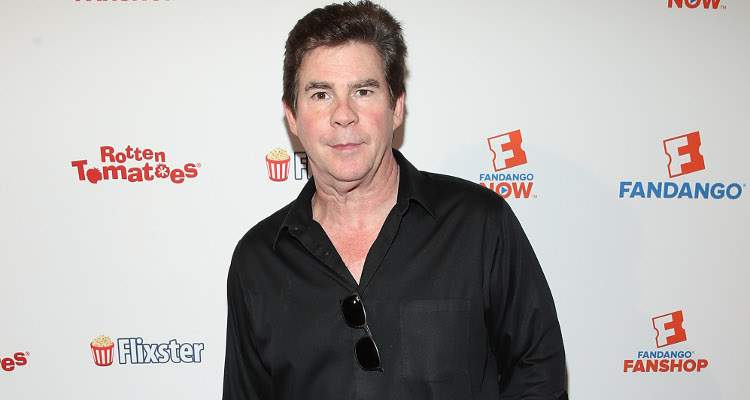 Beloved KROQ host Ralph Garman announced that he was leaving the radio station, and a slew of rumors came pouring in following the announcement. So much so, that he had to clear the air about his exit! Why is Ralph Garman leaving KROQ? We’ve got all the answers here.

After a slew of sexual harassment rumors, people were asking if Ralph Garman was fired from the Kevin & Bean morning show for similar reasons. When he announced his departure from the show, fans couldn’t help but wonder the reason behind the decision. Here is the information you need to know.

Why Was Ralph Garman Let Go?

With a heavy heart (and a shaky voice), Ralph Garman announced that he was leaving the hit morning show saying, “I thought [It] would be easier as the day went on to thank you, the listeners.”

The news was confirmed by the radio station when they released a statement saying, “Sad to report that our friend @RalphGarman will no longer be a part of the @kevinandbean morning show. We wish him all the best and know he will continue to be successful in everything he does.”

Garman’s best bud, Kevin Smith was jolted by the decision and took to Twitter. The two hosted Hollywood Babble-On, where they discussed everything tinsel-town, including reviews and celeb talk.

Smith opened up about how the station was not giving the correct reason for Garman’s exit. He said, “After giving them 20 years of laughs loyalty & his life, @kroq just s**t-canned my Babble brother @RalphGarman because of budget cuts. But worse? They won’t let Ralph say WHY he’s fired on @kevinandbean today!” Thus sparking the uproar.

After giving them 20 years of laughs, loyalty & his life, @kroq just shit-canned my Babble brother @ralphgarman because of budget cuts. It already sucks that #KROQ let him go so unceremoniously, but the really shit move? They won’t let Ralph say WHY he was fired this morning on his final @kevinandbean! Bad enough KROQ K-robbed Ralph of his job, but then they gag him on-air today for his last ever #kevinandbean show so he can’t tell the audience “They fired me.” KROQ is forcing Ralph make it seem like he himself just decided to leave the show and station. So rather than have people draw the wrong conclusions about his sudden departure, I’m setting the record straight: Ralph got fired so KROQ could save money and then they silenced him to make it look like leaving was Ralph’s choice. And to be fair? I understand downsizing is often a heartbreaking but necessary part of any business in jeopardy – but I don’t see how you reward 20 years of service by telling your colleague he can’t inform his listeners why he’s suddenly leaving on-air. Ralph is crazy talented so he’ll land on his feet (plus this gives us more time to tour #hollywoodbabbleon). But after the way KROQ treated Ralph (not to mention Lisa May and Rodney), I’m done with this radio station. Wanna show Ralph some love and help support the now-unemployed commander of the #garmy? Come commiserate with us in #colorado next week when we BABBLE in #boulder, or on New Year’s Eve, as we bring this wretched year to a close at the @hollywoodimprov (link to tickets in my bio). I love you, Ralph. You deserved way better treatment than this. Stay #garmystrong! #KevinSmith #downsizing #radio #losangeles #worldfamouskroq #unfair #fired

And Then There Were Rumors…

In the state of recent firings in entertainment, people began to speculate that sexual harassment allegations were the reason behind his departure. Eventually, Garman cleared the air saying, “It’s not because of inappropriate sexual behavior in any way. That’s the world we live in now. That’s crazy.”

The super-charged Kevin & Bean Show started in 1989, where the hosts would count down the year’s best songs. It quickly caught people’s attention for its quirky presentation, and after nearly 30 years, it was still one of California’s best morning shows.

The Showbiz Beat was an hourly segment on the station featuring entertainment news, and Ralph Garman was with the show for 18 years. Apart from being a radio host, he ventured into voice acting, with work on Family Guy, The Lego Batman Movie, Robot Chicken, and Mad, as well as appearances in various TV shows and films.

With his dismissal, Garman has not yet confirmed what his next step will be. But no matter what he chooses to do, his countless fans will undoubtedly be there to support him!