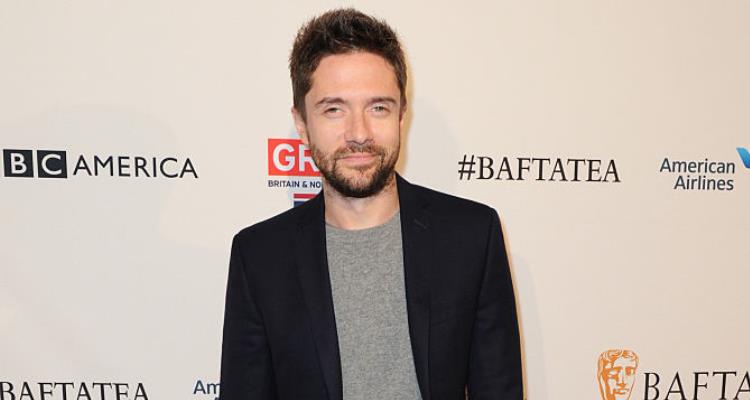 There’s a new villain in town and his name is Venom! That’s right—the new stills for Tom Hardy’s portrayal of Eddie Brock/Venom in the upcoming Spider-Man film are here and fans are all for it! Now, many are asking about Topher Grace, who played Venom in 2007’s Spider- Man 3. Looking back to the actor’s early days, before he became a comic book villain on the big screen, fans are wondering “why did Eric leave That ’70s Show?” What happened to Eric in That ’70s Show? We’ve got the scoop!

What Happened to Eric on That ’70s Show?

As many might remember, Eric left at the end of season 7 to teach in Africa and Kelso (Ashton Kutcher) left to live in Chicago. In season 8 (the final season), Eric was replaced by his cousin Randy, who was set to be a combination of the two departed characters and “fill the void,” giving the show a focal character. Randy and Eric’s love interest, Donna (Laura Prepon) had some chemistry but ultimately never ended up together. Grace, 39, ultimately left the show in order to pursue other acting projects, so the writers found a reason to write him off the show.

“We started when we were so young and we really grew up through this experience together and … it’s gonna be really hard for me,” Grace told Fox News about his departure.

Does Eric Come back on That ’70s Show?

Good news! Eric does come back to the set of the show that launched his career, but only for the series finale! That ’70s Show fans will be happy to know that he and Donna talk, and eventually get back together after his time teaching in Africa. But keep in mind, he only returns for the final episode! Though fans were devastated at the news of replacing their favorite frontrunner, Grace went on to pursue bigger projects and fans couldn’t help but be supportive.

Topher Grace is a Father

Topher and his wife, 28-year-old Ashley Hinshaw Grace, welcomed a daughter, Mabel Jane on November 1, 2017. Topher and the True Detective actress tied the knot in Santa Barbara, California in May 2016, after dating for only 16 months! When you know, you know!

According to a picture on Entertainment Weekly, Tom Hardy will be taking over the new role! “In the comics, Eddie was a notable columnist for The Daily Globe paper before a series of events transformed him into the web-slinger’s enemy. The actor is seen holding a notebook with a series of questions written on the page: “So how exactly does the Life Foundation go about testing its pharmaceuticals?” “What about the allegations your empire is built on?”

Hardy assures fans that he is going to deliver! (He may be no Topher Grace, but we’re sure fans will be just as welcoming to Hardy portraying this interesting character!) “I just wanted to say that I give you my word of honor that I’m going to everything I can to deliver the best Venom that I possibly can muster,” said Hardy about portraying the villain.

The film, Venom, is set to hit theaters on October 5, 2018. Check out Tom Hardy taking on the role in the exciting trailer below!