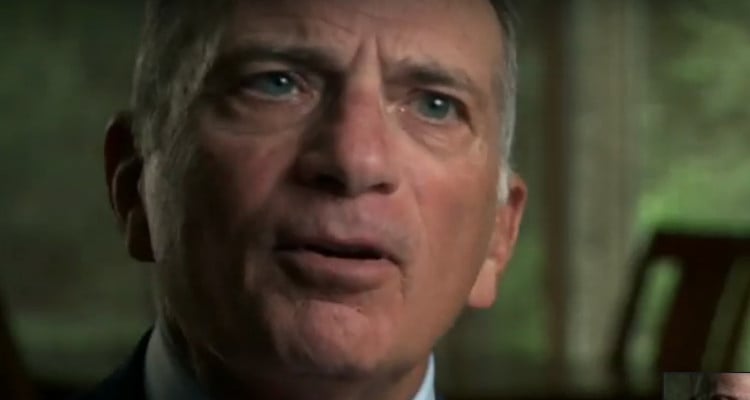 Although today’s generation knows little about the Vietnam War, it is still a watershed in the country’s history. Dr. Hal Kushner went to Vietnam to fight what he believed was the “good fight” and do his duty for his country. He was captured and tortured for five and a half years as a POW in Vietnamese prison camps before finally returning home. And in a new documentary, The Vietnam War, he talks about his horrific days of captivity and the lessons we should learn from the Vietnam War.

The word “harrowing” does not even begin to do justice when describing Dr. Hal Kushner’s experience as an American prisoner held captive in Vietnam. Hal Kushner’s Vietnam War story must be told to future generations so they know the cost of the liberty and freedom they enjoy today.

Kushner is one of the several Americans who speak about their brutal experience in Vietnam in the new documentary, The Vietnam War. It is a 10-part epic that first aired on Sunday, September 17, 2017, on PBS.

The documentary is a much-needed in-depth look at the war that many Americans have come to believe was a big mistake. Nobody is better placed to comment on that than Kushner, who spent five and a half years as a Prisoner of War in Vietnamese captivity and survived to tell the tale. Here are a few details from Dr. Hal Kushner’s wiki.

Kushner was an idealistic 26-year-old doctor who had just completed his education from the University of North Carolina and Medical College of Virginia when he decided to serve his country in the ongoing Vietnam War. Before being sent to Vietnam, Kushner worked as an intern and later as an orthopedic surgeon at the Tripler Army Med Center in Honolulu, Hawaii.

Hal Kushner’s MD allowed him to treat the hundreds of injured soldiers who were arriving regularly from the battlefields of Vietnam. That’s when he decided to be a flight surgeon. So, he left behind his young wife and three-year-old daughter and took his place among the brave soldiers who were fighting for their country.

Tortured by a Ruthless Enemy

Then, tragedy struck the young surgeon when a chopper carrying him and several other American soldiers slammed into a South Vietnamese mountainside in 1967. Some aboard died in the crash.

Kushner was taken as a prisoner by the North Vietnamese army. Although he was badly injured with several broken bones and teeth, the Viet Cong captured him and treated him brutally. When he showed them his Geneva Convention card, it was instantly torn up, and he was forced to walk for 30 days without boots.

He later had to bite a bamboo stick as a woman treated his wounds with a fiery, red-hot iron rod. For the rest of his incarceration, Kushner was forced to live in primitive jungle camps, endure horrific beatings, and find a way to survive despite a lack of food.

Kushner says in the documentary, “I think it comes down to a matter of luck and calories in the end. Most of our people starved to death.” He buried 13 colleagues who died of starvation, sickness, or even sadness. And, he walked 540 miles in 57 days after being    transported to North Vietnam.

But Kushner feels that the current generation of Americans are not familiar with or affected by the Vietnam War, “I’m a practicing physician. I see a lot of young people in my practice, high school kids, college kids. The war is as remote to them as the War of 1812.”

Lessons Must Be Remembered

Captain Hal Kushner speaks out for the first time to Ken Burns and Lynn Novick, the makers of The Vietnam War, and hopes that people will understand the deep change it caused in American culture. He also hopes that Americans will value and understand the sacrifice and contribution of ordinary service people.

Kushner remembers that he never prayed in the prison camps, but he did have a mantra, “I’ll be here when the morning comes.” He is, and thanks to people like him, so are millions of Americans.