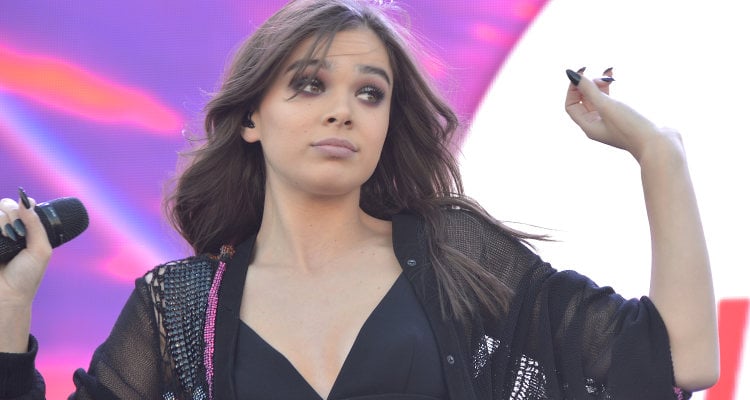 Hailee Steinfeld is an American actress, singer and model. Though she is just 19 years of age, she has spent more than a decade as an actor. That’s because she started acting at the tender age of eight. Just check out the Hailee Steinfeld wiki page on the net. That’s not all! Steinfeld started modeling and singing at an young age as well. Today, she is not only sought after as an actress and model, she is also a budding pop star!

Steinfeld was born in the Tarzana neighborhood of Los Angeles, California. Her mother, Cheri Steinfeld, is an interior designer while her father, Peter Steinfeld, is a personal fitness trainer. Hailee Steinfeld initially attended regular school but she was pulled out from middle school to be home-schooled until her high school graduation in June 2015. While studying, Steinfeld continued to pursue an acting career as well. She started by appearing in a number of television commercials and by doing guest appearances on TV programs.

Steinfeld’s breakthrough performance came when she was chosen out of 15,000 girls to play the role of Mattie Ross in the film, True Grit. Steinfeld was just 13 years-old at that time. The film was critically acclaimed and did modestly well at the box office as well. In a film full of good performances, Steinfeld was singled out for special attention. Every critic had good words to say about her gritty and realistic acting, and the film was nominated for a number of Oscars.

She then played the role of Juliet in the classic lover’s drama, Romeo & Juliet. She was just 14 years-old at that time—the same age as the protagonist in the film. She also played one of the leads in the romance-drama, Begin Again. You can also witness her stellar acting chops in the sci-fi-action-adventure film, Ender’s Game. Even at a young age, Steinfeld was smart enough to know that taking on a variety of very different roles was the best way to avoid being typecast. In 2015, she acted in Pitch Perfect 2, which also led to her interest in furthering her music career as well.

Steinfeld started her musical career by releasing an acoustic version of the song, “Stitches.” She then released her song, “Love Myself,” which created a huge controversy because some people believed that it was an ode to masturbation. Steinfeld completely denied this charge. She says that the song is about empowering oneself. It’s about taking care of yourself and indulging yourself. In 2013, Steinfeld released her EP titled Haiz, which included singles like, “Hell Nos and Headphones,” “Rock Bottom,” “Starving,” and “You’re Such A.” The overall opinion of the critics was that even though it was not a classic, Steinfeld’s album was fun, catchy and contained good messages for young women. Not bad for a 18-year old singer, is it?

The future looks pretty bright for Steinfeld right now. She has been signed for the third installment of Pitch Perfect set to release in 2017. She will also be appearing in the coming of age film, The Edge of Seventeen. She has also appeared in the music video for Taylor Swift’s song, “Bad Blood.” She plans to continue to record and release music that speaks to her fans. Steinfeld seems to have a sense of maturity that is beyond her years. At the same time, she is very much like the simple girl next door. Her charm is catching the eyes of Hollywood directors, so it’s undeniable that Steinfeld has a long career ahead of her. At 19, the world is her stage and she’s certainly off to a great start.