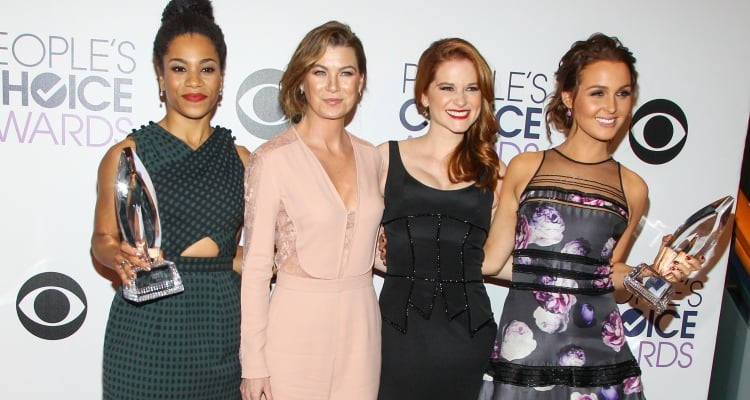 #1 Meredith Grey (Ellen Pompeo): The protagonist of Grey’s Anatomy returns as a single mother, juggling her work as a doctor at the Grey Sloan Memorial Hospital, and raising her two young children. After the death of her husband, Derek Shepherd (Patrick Dempsey), Meredith eventually moves on with a new doctor, Nathan Riggs (Martin Henderson) in the season 12 finale.

#2 Alex Karev (Justin Chambers): One of the only remaining original Grey’s Anatomy cast members, Alex lands himself in trouble with the law, after beating up a colleague named Andrew DeLuca (Giacomo Gionniotti) within an inch of his life. Coming from the wrong side of the tracks, he is impulsive and aggressive in nature and is in a relationship with Jo Wilson (Camilla Luddington).

“We’re all going to die. We don’t get much say over how or when, but we do get to decide how we’re gonna live. So, do it. Decide. Is this the life you want to live? Is this the person you want to love? Is this the best you can be? Can you be stronger? Kinder? More Compassionate? Decide. Breathe in. Breathe out and decide.” #WebberWisdom #WednesdayWisdom #GreysAnatomy

#3 Miranda Bailey (Chandra Wilson): Bailey is a beloved member of the Grey’s Anatomy cast, and reprises her role as the tough-talking doctor with a heart of gold. Being an experienced surgeon and a mother, she often doles out blunt advice to her colleagues and solves their personal and professional problems.

#4 Arizona Robbins (Jessica Capshaw): The quirky pediatric surgeon is a ray of sunshine as she roller skates around Grey Sloan Memorial Hospital, spreading joy and happiness everywhere she goes. She was married to her colleague, Callie (Sara Ramirez), and has a daughter with her. Unfortunately, the happy couple got a divorce last season, after Arizona lost one leg in an accident and subsequently cheated on her wife.

#5 Richard Webber (James Pickens Jr.): Previously the Chief of the Hospital, Webber is a father-figure to the residents and attending doctors and is known for his gentle and soft-spoken ways. He lends a friendly ear to the younger physicians and helps resolve their disputes. He is married to a fellow doctor, Catherine Avery (Debbie Allen).

“I’m going to have to stop you before you continue, for your own sake. You’re not going to imply that I’m any less Sofia’s mother because we don’t share the same DNA…Because that would be offensive. It would be offensive to anyone in the room who has an adopted child, or is an adopted child. And for you to say that — I chose to be Sofia’s mother.” – #ArizonaRobbins #GreysAnatomy

Grey’s Anatomy fans were heartbroken to see main cast member, Callie Torres (Sara Ramirez) exit the show in the season 12 finale, raising questions about the fate of the show, especially after so many of its original cast members have left. This came after series regular, Patrick Dempsey (who played the role of Derek Shepherd) was written off in Grey’s Anatomy season 11, much to the dismay of viewers.

So many #Jolex questions for season 13! #GreysAnatomy