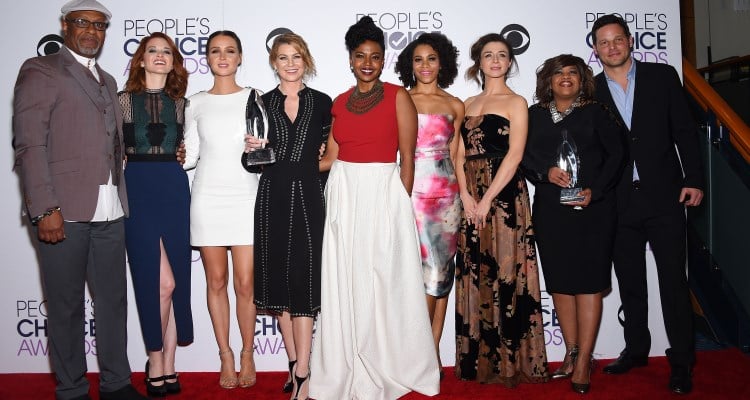 Since 2005, Grey’s Anatomy has been bringing audiences all the medical drama to their heart’s desire. Shonda Rhimes, the brains and talent behind Private Practice, Scandal, How to Get Away with Murder, and The Catch, is behind the show and has made it a fan favourite for over a decade. The whole plot revolves around surgical interns/residents and their lives at Seattle Grace hospital, eventually renamed Sloan Grey Memorial Hospital, after tragedy struck, killing Mark Sloan, one of the most beloved characters of the series. The characters are brilliant and easy to love, and fans had no problem following their lives over the course of 11 years. The season 13 premiere is bound to continue the show’s legacy and bring fans some nostalgic feelings, as the original cast renewed their contract.

"Well, he could use some sun." ? #GreysAnatomy

Back to the Originals

The plot of season 13, according to creator Shonda Rhimes, will focus on the characters who have been around since the very beginning. The cast spoke with Pop Sugar at Entertainment Weekly’s Pre-Emmys party last week, and gave some teasers on season 13. Actress Kelly McCreary (plays Dr. Maggie Pierce) shed a little light on what fans can expect, “. . . There’s some really good stuff revisiting the ways the originals have changed and not changed, and grown and not grown.” Jason George, who plays Dr. Ben Warren said, “This season, especially for the people that have been there since the beginning . . . it’s hard. It’s hard at this point. So, it stresses out their relationships a little bit, and some of us get dragged along with that in the process.”

When Bailey was the only one who had her priorities right. #GreysAnatomy

When season 12 in the bag, the cast’s contracts had expired since they renewing them during the show’s 10th season. Thanks to the actors who loved the show so much, several of them renewed their contract for season 13, and some possibly for a 14th season, as well! As it turned out, the entire original cast all negotiated new contracts on May 4, 2016, according to a report by The Hollywood Reporter.

Fans who have been faithful since day one will be treated to a nice, nostalgic season this time around. Be sure to watch the season 13 premiere Thursday, September 22 at 8 p.m. on ABC. You won’t want to miss it!

Get those feels warmed up! #GreysAnatomy returns Thursday, September 22!