Grey’s Anatomy returned last night, and if there’s one thing to be said about this highly anticipated mid-season premiere, it’s that creator Shonda Rimes held nothing back. If you missed it last night, we’ve got you covered with this full Grey’s Anatomy season 12 episode 9 review, including an update about next week’s episode, titled All I Want Is You. (Warning, there are major spoilers in this recap!)

The episode began with Meredith being viciously attacked by a patient. And this after the tragic death of McDreamy in last year’s season finale, which had fans eager to see how the show would progress without its long-time star. But if last night’s episode is any indication, the long running medical drama still has lots of tricks up its sleeve to keep fans at the edge of their seats.

The Sound of Silence was the title of last night’s episode and featured more pain for the now single mother, Meredith. As if killing off one of the show’s main characters wasn’t enough, having Meredith being violently thrown around a room and banged into glass is one hell of a kickoff.

The scene was curated by Grey’s Anatomy’s newest guest director, Denzel Washington, who showed most of the violent scene through shadows from another room. So although most of the scene isn’t completely visible, the audience is still privy to the horror of the entire beating endured by Meredith.

What was cool about last night’s episode is that most of it was seen through Meredith’s point of view while she’s recovering on a hospital bed. All the familiar faces were there to check in on her, and while she can see their lips moving, she can’t hear them—and because we’re seeing it from her perspective, we can’t hear them either. The most intriguing interaction is between Meredith and Alex, as viewers see just how close their bond has become. Needless to say, the unique angle creates quite a powerful experience for viewers. 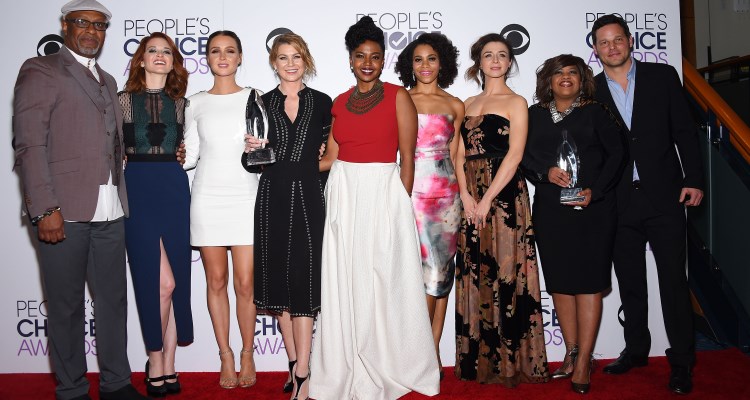 Meredith is unable to speak throughout the episode because of an injured jaw, but it doesn’t stop Webber from giving her some advice on forgiveness and having her kids come visit, which probably wasn’t a good idea. (We don’t want to give too much away in this Grey’s Anatomy season 12 episode 9 review, just in case you’re still planning to watch.)

Next week’s episode, titled All I Want Is You, is shaping up to be another thriller. While Meredith struggles to come to terms with what happened to her, Callie and Maggie will take on the unadvisable challenge of performing a very risky and still experimental surgery on a young patient. Other relationships will also be put to the test, including Owen and Nathan’s, and Maggie and Andrew’s. Check out the first promo for All I Want Is You below.