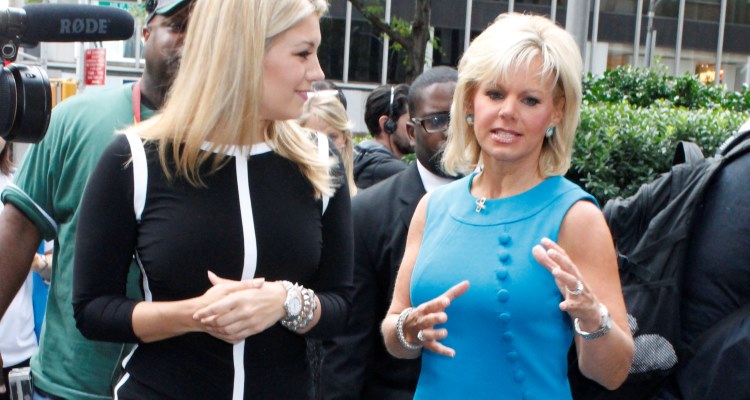 She Used her Status to Make Change Happen

I stand with all women who have suffered sexual harassment. Link to today's piece in my bio. #standwithgretchen

A post shared by Gretchen Carlson (@therealgretchencarlson) on Jul 9, 2016 at 9:15am PDT

If there’s one thing to admire about this woman, it’s her wisdom to use her voice to bring out the truth, defend fellow women who were also harassed, and do everything from a positive angle. She strived for justice and standing up for good, instead of using it as an opportunity to get revenge.

It was the 62nd Miss America pageant, which was held at the Boardwalk Hall in Atlantic City in 1989. Her talent, you ask? She played the violin! She looks just as great as she used to! It must be that smile and positive attitude!

Flashback to #Disneyworld commercials made famous from #Superbowl. "Now that you've won (fill in the blank) where are you going now?" I did one after winning Miss Americas. Check out my account in @sports_iustrated_ article. #nostalgia #memories https://t.co/gh3uCktvMl

In this photo, Carlson seemed excited to look back at her Disney World commercials, which aired during the Superbowl in 1989!

A post shared by Gretchen Carlson (@therealgretchencarlson) on Sep 5, 2015 at 8:30am PDT

In Carlson’s book Getting Real, she shares her inspirational life story and offers important insight for all women on how to achieve success and fulfillment in the real world. She shares stories of her childhood, her reporting endeavors, pageant experience, body image, career building, and family life. It’s currently rated 3.9 stars on Goodreads – pick up a copy!

Her Mother is Her Inspiration

Happy 75th #birthday to my mom (yesterday) — inspiration for my life and my book #GettingReal. Mom, I am forever #grateful for your #love and #support. #family #faith

The picture says it all! Carlson credits her mom as the inspiration for her book, and of course, her life.

These Gretchen Carlson pictures show how inspiring this woman is, not only because of her successful career and pageant-worthy beauty, but also because she was brave enough to stand against sexual harassment and fight for what is right, no matter the sacrifice.