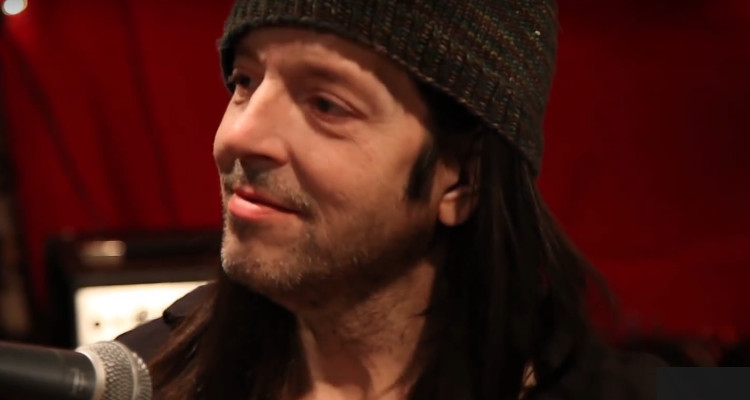 There would have been no Nirvana or Foo Fighters if it wasn’t for Grant Hart and his band Hüsker Dü. Hart was a singer-drummer beyond comparison, and along with his music partner Bob Mould, they set a precedence for later bands to thrive on.

Hüsker Dü, Nova Mob, and Hart’s solo career set a new direction in rock that led to the success of alternative bands in the early 1990s. Hart died of cancer on September 14, 2017, but his legacy will continue to inspire every kid who dreams of making a dent in the industry.

The man who inspired many drummers, including Foo Fighters’ Dave Grohl, has passed away. Grant Hart, the founder and singer-drummer of the cult band Hüsker Dü, died on Thursday, September 14, 2017, at the age of 56.

Grant Hart’s cause of death was cancer, which he had been battling for a while. The surviving members of Hüsker Dü put up a photograph of Hart on Facebook without comment at around 2:00 a.m. EST. Since then, the news of Hart’s passing has spread through social media, and friends and fans are waking up to sad news.

Fans are remembering their youth when the albums of Hüsker Dü touched them in ways that no other band had before or since. People want to know more about Hart’s tragic death. So, here are a few details from Grant Hart’s wiki.

Hart was born on March 18, 1961, in South Saint Paul, Minnesota, to what he described as a “typical American dysfunctional family.” When he was 10 years old, his older brother was killed by a drunk driver—an incident that impacted his life.

Hart began playing his brother’s drum set and records. He then started playing in several makeshift bands when he was a teenager. At that point, Hart had no interest in rock music, preferring to listen to film soundtracks and the hits of the 1950s and 1960s. It was only when he met Bob Mould that the two found a mutual liking for music and decided to form a rock band. They brought in Greg Norton, and in 1979, formed Hüsker Dü.

Although little unappreciated at the beginning, Hüsker Dü went on to inspire countless bands and musicians. Some of them who have openly acknowledged their debt to them are The Pixies, Metallica, The Smashing Pumpkins, Nirvana, and Therapy.

Hüsker Dü’s songwriting, music, and sense of melody were of the highest order. They became one of the first bands to start the college rock culture, making alternative music a viable commercial venture.

After Hüsker Dü broke up, Hart performed with a new band he formed, Nova Mob, and released several albums and EPs. He performed solo as well and released albums like Intolerance, Good News for Modern Man, Hot Wax, and The Argument.

There is no information on Grant Hart’s net worth, but considering that he was an active musician since 1979, it must be substantial. His albums and songs continue to be heard and sold even today. He is also credited with starting a new direction in rock, combining the power and speed of punk with the melodies of pop.

Not many people know that Hart was openly bisexual and admitted to taking his partners on tour. There is no information on Grant Hart’s girlfriend so his relationship status cannot be confirmed.

Hart’s influence on the alternative music of the late 1980s and early 1990s is undeniable. Along with The Replacements, Hüsker Dü is among the progenitors of modern alternative rock music that saw gigantic success later. With Hart’s death, music has lost a legend and a trendsetter who created some of the best melodies and wrote some of the best songs ever written. Rest in peace, Grant Hart. Thank you for a great ride.