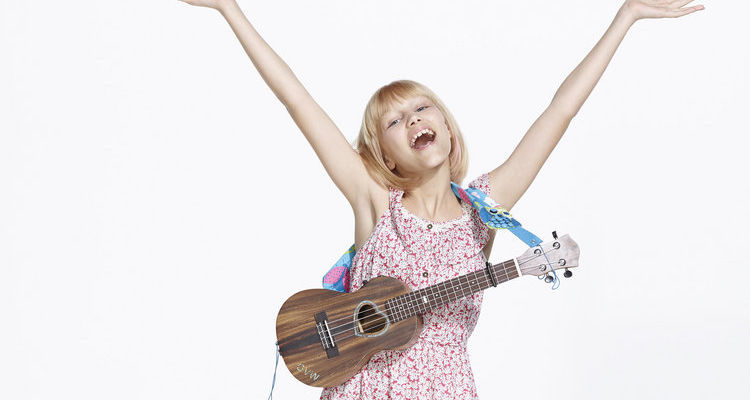 Armed with a ukelele and her own self-composed song, Grace VanderWaal stunned at the ‘America’s Got Talent’ Season 11 semi-finals. Howie Mandel’s Golden Buzzer pick performed her original song, “Light the Sky” with her beautiful soulful voice. She auditioned for the show by strumming her ukelele and singing her original composition, “I don’t know my name”. This performance even prompted Simon Cowell, the not-easily-impressed judge, to call her the next Taylor Swift! Her audition clip soon became a viral sensation on the internet, building Grace’s fan-following early on. Already predicted to be the next-big-thing, imagine the promising songstress’ surprise and elation on finding that Taylor Swift herself is following her on Twitter!

Such a talented 12-year-old couldn’t have come so far if it weren’t for the constant support of her family. Grace’s parents, David and Tina VanderWaal, and her sister Olivia were present at her auditions to support her. Grace’s older brother couldn’t attend due to his school, but he supported her in spirit. If you were curious about this musically-gifted tween, here are some facts about her personal life.

The Vanderwaals live in Suffern, New York and the couple have three children- the eldest Jakob, followed by Olivia and the youngest, Grace. The family even has two dogs. Grace said that she considers Olivia as her best friend. In an interview following her audition success, Grace said that it was her mother who signed her up for America’s Got Talent. Her family appears happier at Grace’s achievements more than Grace herself. Tina even got emotional when Howie Mandel pressed the Golden Buzzer, which sent Grace straight to the live performance rounds.

When Grace was three years old, wireless microphone in hand, she began composing her own songs. After seeing a family friend play the ukelele, she purchased one of her own on her 11th birthday by saving up her allowance. To help her build confidence, her parents encouraged her to sing at open mic nights at Peekskill’s Beanrunner Café. Grace said that she gained confidence by performing at the cafe but her AGT audition was the first time she sang in front of a large crowd with cameras broadcasting her stellar performance nationwide.

Before ‘America’s Got Talent’

Before she came in the spotlight through ‘America’s Got Talent’, Grace had already caught a limited amount of attention on social media by singing covers of famous songs on her ukelele. Since her audition, avid viewers of AGT have flocked to her YouTube channel and watched videos of her cover songs over and over again. Some of her most famous covers include Meghan Trainor’s “All About That Bass”, Jason Mraz’s “Back To Earth”, “Breathe me” by Sia among many others.

Her Friends are Oblivious to Her Talent

When you see a 12-year-old like Grace overflowing with talent and posting videos of her singing on YouTube, you’d expect her friends to be all over her. Surprisingly, this isn’t the case! When Simon asked her during the audition round if her friends supported her singing, the humble tween blushed a little and answered with, “Most of my friends don’t really know I sing.” Isn’t it shocking how her peers didn’t realize Grace’s talent! Needless to say they see her now and are definitely supporting her.