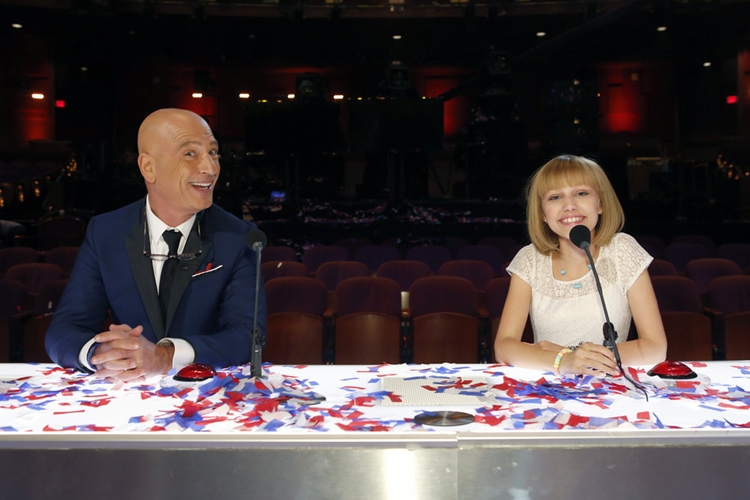 It has happened! Grace VanderWaal wins the top prize on America’s Got Talent 2016. Lots of people predicted it. Even more people wanted it to happen and now, it has. And if you think she looks young, that’s because she is! People are wondering, “How old is Grace VanderWaal?” Well, Grace VanderWaal’s age is actually only 12 years old! That’s right! The AGT 2016 winner is just 12 years old.

A few weeks back, when the 12-year-old VanderWaal nervously walked up to the microphone, people had no clue about what to expect. Neither did the judges. Then, VanderWaal began singing an original song she wrote called “I Don’t Know My Name,” and a hush fell upon the audience. As VanderWaal sang her song, a realization fell upon the judges and the audience that they were watching something exceptional. When the song was over, the judges were giving VanderWaal a standing ovation. Judge Howie Mandel hit the Golden Buzzer, sending her straight to the semi-finals round and called her ‘a living beautiful, walking miracle.’ Judge Simon Cowell, who is so stingy with praise, dubbed her the ‘next Taylor Swift.’

VanderWaal became a household name and suddenly everyone was talking about her. She quickly became one of the favorites to win the top prize on the America’s Got Talent 2016 competition. It’s amazing that one single performance can bring so much fame and adulation to a performer. However, VanderWaal didn’t stop there. In subsequent performances, she brought the judges and the audience to their feet by performing original songs that she herself had written and composed the music for. She performed an original song called “Beautiful Thing,” which she wrote about her sister.

Meanwhile, her audition song, “I Don’t Know My Name” went viral. It had more than 50 million views in just 2 days! By the time VanderWaal appeared on the AGT 2016 final, her fans were posting “I Don’t Know My Name” covers on YouTube. Some time back, VanderWaal was posting her songs on YouTube for fun, but now, in just a few short weeks, her world has been turned completely upside down, and she’s suddenly canon-balled onto the music scene. Now, instead of Vanderwaal covering songs of her favorite artists on YouTube, her songs are being covered by her fans all over the world. The song “Clay” that VanderWaal performed in the final is bound to be a hit. Don’t be surprised if you see cover versions of “Clay” on YouTube soon! 12-year-old VanderWaal has done it. The singing sensation has won the $1.0 million top prize and will be headlining her own show in Las Vegas! Way to go, Grace. The whole world is your stage now.