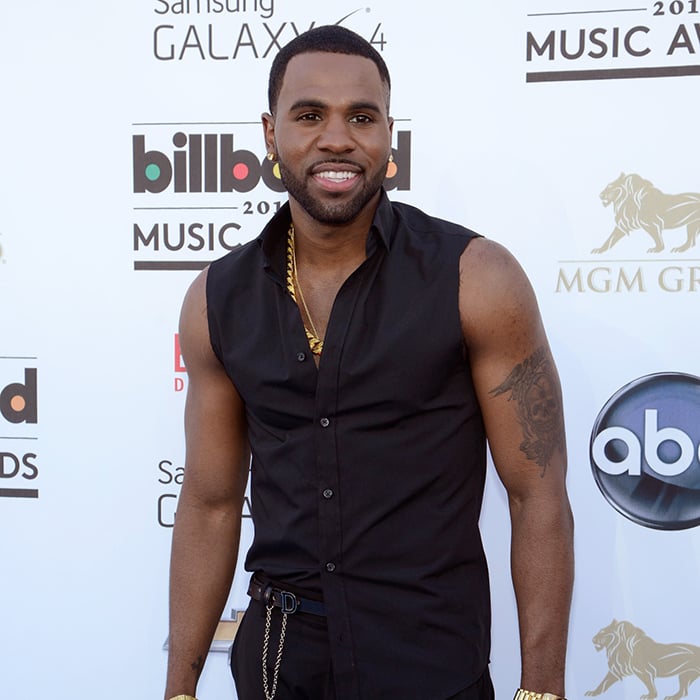 Jason Derulo is really milking the music video release for his new track “Get Ugly”—not only was he posting teasers on social media in the weeks leading up to the video’s release, but since it dropped, he’s been flooding his Instagram page with videos of fans dancing to the track.

That being said, the video is pretty entertaining. Not only does it feature Derulo’s very impressive dance moves, but it also has comic-like animation and very colorful background dancers—not surprisingly, it’s already racked up more than 2.8 million views on YouTube. However, Derulo still has more in store for his fans. The singer posted a link to his Twitter and Facebook page that takes viewers behind the scenes of the music video.

The clip features the director of the music video, James Larese, talking about the “performance-driven” song and how the video came together. Derulo also reveals the inspiration for the music video and why he wanted it to feel like a blast from the past, at least as far as the look was concerned.

“Get Ugly” is the latest single from Jason Derulo’s fourth studio album, Everything Is 4. Unfortunately, the album hasn’t taken off as much as Derulo had hoped. Although it hit number four on the Billboard 200 chart when it debuted, it plummeted to number 23 in its second week.  It dropped even further to number 39 in its third week and again to 43 in week four.

Taking these numbers into account, it’s no wonder Derulo is doing everything he can to market this newest song as much as possible. On the plus side, the “Get Ugly” music video has been getting pretty positive reviews so far, with most people praising the choreography and bright pops of color. As one MTV reporter put it “The end result is, in fact, un-ugly. I’d even call it sexy.”