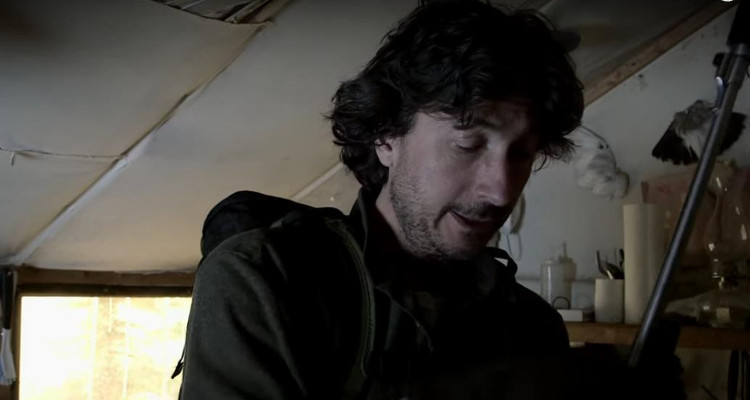 National Geographic’s Life Below Zero is a highly-watched TV show because fans get to see the enduring lives of the Alaskan community. With food being scarce and temperatures only going from bad to worse, Glenn Villeneuve, a Life Below Zero cast member and Alaskan resident, takes challenges head-on.

Glenn Villeneuve and his rifle are inseparable! He is a master hunter with spot-on instincts, so he’s often known as Glenn the Butcher. If you want to know more about him, keep reading for details from Glenn Villeneuve’s wiki.

Where Is Glen Villeneuve From?

Glenn Villeneuve is not an Alaskan native. He moved to the frozen lands in 2000 from Jericho, Vermont, because of his passion for hunting.

According to his Facebook page, Villeneuve was born on March 18, 1969, making his age 48. He is famously known to be a gritty survivor of the Alaskan terrain, and can go up to 15 months living off the wilderness in Alaska.

Getting back to the cabin after walking down to meet Amelia at the school bus stop. The sun set an hour and ten minutes earlier, at about 3:17pm.Photo: Trisha Kazan

When asked about what made him choose the enduring lifestyle, Villeneuve said, “In 1997 I was living in a tipi in the woods in Vermont. I was very happy but I wanted to go deeper into it than I could do there. I was looking for a more intimate relationship with the natural world.”

Glenn on Life Below Zero

The passionate hunter joined Nat Geo’s Life Below Zero in 2013. He has been a beloved cast member ever since.

Fans of the show are extremely impressed with his hunting and survival skills. But they also love the emotional side he shows to his family.

Glenn Villeneuve’s wife is Trisha Kazan. They live with their four children. Agatha Villeneuve is the youngest and was born in June 2017. Meanwhile, Wolf Song and Willow Leaves are Villeneuve’s children from a previous marriage. Amelia Atkins is Kazan’s daughter with her former husband.

The big, happy family all believe in Villeneuve’s lifestyle. Not only are they more than comfortable to follow in his footsteps, but the kids also help their father prepare the meat after his hunt.

Glenn Villeneuve’s educational background is limited. He dropped out of high school after his first year.

Back at our Fairbanks cabin today with Trisha, Amelia, and Agatha. The freezers on the porch are filled with the moose…

He possesses many weapons required for hunting and gathering, including blades of different kinds like axes, saws, and hunting knives. But his most trusted choice for hunting is his guns.

Catch more of the action on Life Below Zero, which airs Thursdays at 8:00 p.m. EST only on National Geographic.