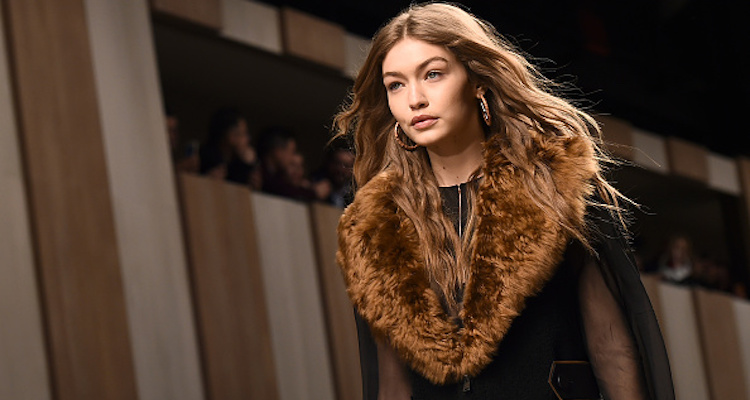 What is Gigi Hadid up to these days? As usual, the blonde bombshell is working the runway, but this time she’s doing it during Milan Fashion Week. And luckily for you, you get to see a backstage glimpse of the supermodel!

Both Gigi and Bella Hadid have been very busy lately, since we’re nearing the end of Fashion Month. But now we get to take a some focus off of Bella and her sultry stare and pay some attention on her older sister, Gigi. The 21-year-old was featured in a post by Vogue Paris showing a backstage glimpse of the model at the Fendi Show. Wearing a black top, fur vest, hooped earrings, and long flowing hair, Gigi was blowing kisses in a brief clip, just before she walked the catwalk for Fendi. Ever since Gigi started working Milan Fashion Week, there’s been countless photos and sightings of Gigi Hadid pics.

Gigi Hadid and Zayn Malik Get an Unusual Gift

Being in the spotlight comes with its perks, but sometimes things just get weird. After making a stop in London, Gigi and boyfriend, Zayn Malik received an odd gift choice from a fan. The 21-year-old model was given a custom-made can of beans with her and Malik’s name’s professionally printed on them.

Gigi captioned the image, “There’s never been a love like this.”

It’s not exactly roses but it’s certainly a thoughtful gift! During an interview last year with London Evening Standard Magazine, Gigi revealed that beans were her favorite snack to eat. Not what you would expect from a world-class model, but she said it!

“I’m loving Heinz baked beans in the morning, yeah and Z cooks a lot,” she explained.

No one can ever say that Gigi’s fans don’t think of her and remember the small things!