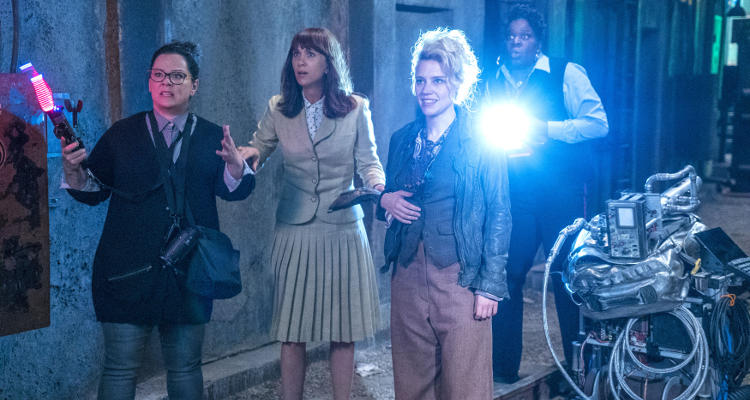 Guess what? The long awaited all-women remake of the 1984 classic hit Ghostbusters has just been released. The remake starring Melissa McCarthy, Kate McKinnon, Leslie Jones, and Kristen Wiig hit theaters on July 15, 2016, much to the delight of fans. So, what are the Ghostbusters box office figures like? Great! The movie has so far grossed $65.1 million and is still pulling in the crowds. Another example of girl power!

Women Leading from the Front

The original 1984 film is considered a classic and a third part of the franchise was in development for a long time. Finally, a decision was made to shelve the plans and come with a reboot of the original film. The result is the new Ghostbusters movie with women playing the four lead parts. Ghostbusters 2016 box office performance has justified the decision as the movie continues to rake in the money. The Ghostbusters opening weekend grossed $46.0 million.

Emma Watson was approached to star in the movie but she refused saying that the commitment to a franchise was very time consuming. The studio had a tough time getting together the cast but things got moving once McCarthy signed on for one of the lead roles. Director Paul Feig has said that he has been partly inspired by the TV series The Walking Dead. Feig said that his aim was to show a story that you hadn’t seen before or else a story you had seen before but told in a completely new way. With a budget of $144.0 million, Feig had a large budget to work with. Initial reports suggest that he used his huge budget to the full effect and came out with an entertaining, smart and funny movie. The 2016 version tells a different story while paying homage to the original.

The film has had an enormous marketing campaign behind it. The first trailer was released on March 3, 2016. It has been seen 24 million times in 24 hours on YouTube and Facebook. Taking all social media platforms into account, it has been viewed a total of 60 million times. The critics have had a mixed response to it. While some have praised the movie calling it ‘smart’, some have completely trashed it. Viewers however have opted to give the movie a chance. Ghostbusters opening weekend figures are impressive. It grossed $46.0 million in North America and around $19.1 million in other territories. The surviving cast of the original film have appeared on TV shows to promote the 2016 remake. The singer Ray Parker Jr., who sang the original theme song “Whom You Gonna Call” has also performed the song on TV shows. All this effort has put a spotlight on the remake and now all of Hollywood is watching how the remake will perform because if it is a success, they may potentially have a profitable franchise on their hands.

The United States collections have so far been very encouraging. The film was expected to gross around $30.0 million in its first weekend but the actual collections have been higher. Worldwide collections have exceeded $65.0 million which is also more than expected. Considering that the movie is yet to open in several countries, the box office collections are expected to grow even higher. This boasts well for Hollywood because it shows the growing power of female actors to draw in the crowds. Hollywood has been taking a lot of flack lately for not giving women enough leading parts. However the 2016 Ghostbusters movie has four leading ladies working in tandem as they rid the world of ghosts. So, if you wake up with an invisible man in your bed tomorrow morning, you know who to call!