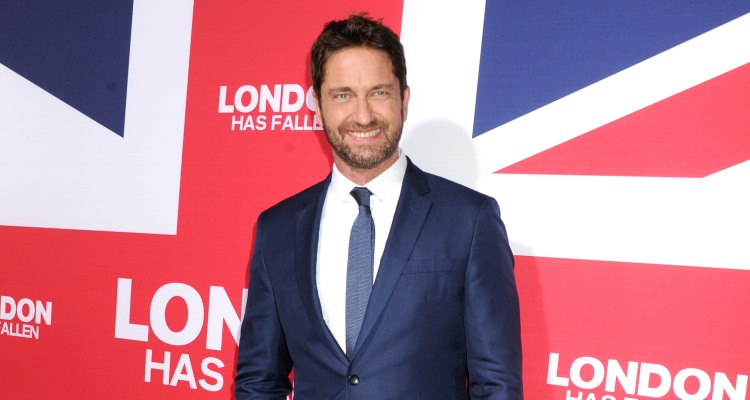 If you’ve managed to come across some Gerard Butler photos online, then chances are you already know why Gerard Butler is making headlines lately. Despite the fact that Gerard Butler’s girlfriend, Morgan Brown, is still in the picture, the 300 actor still suffers from a wandering eye! Though “suffering” is a debatable term, since the 46-year-old actor doesn’t seem bothered by it. Now fans have been looking up, “Gerard Butler movies” and “Gerard Butler age,” in order to find out more. But luckily for you, we have our very own Gerard Butler wiki.

Gerard James Butler was born in Paisley in Renfrewshire, Scotland and is the youngest of three children of Margaret and Edward Butler, a bookmaker. Gerard’s family was raised Catholic and are of Irish descent. He moved back and forth from Montreal, Quebec to Scotland (where he was raised from the time he was 18 months old) when his parent’s marriage dissolved. Gerard didn’t see his father again until he was 16 years old.

Butler studied law at the University of Glasgow and during his time there, he became the President of the University Law Society. Butler’s father died when he was 22, while he was attending law school. Before his final year of law school, Butler took a year off to live in California, working different jobs in Los Angeles near Venice Beach. After his time off, he returned to finish law school and was awarded a position as a trainee lawyer at an Edinburgh law firm. But unfortunately, due to his partying ways, Butler was fired from the firm one week before becoming a qualified lawyer!

Butler made an appearance at this year’s Toronto International Film Festival (TIFF) to promote his movie, The Headhunter’s Calling. The drama was filmed in Toronto and Butler plays a workaholic, corporate headhunter whose son’s cancer forces him to become a better man.

He Would Live in Toronto Again

The Scottish actor felt right at home filming his latest project in Toronto and would love to live there again. Butler used to spend summers in Toronto as a teenager, when he worked for his father at a souvenir shop on Queen’s Quay.

While promoting his film at TIFF, Butler told The Sun:

“It’s such a nice balance of so many things and the people are fantastic and there are such cool areas. To have spent a lot of my childhood before I was an actor, spending time here, but being a kid and going, ‘I wonder what I’m going to do when I grow up,’ and then to become an actor and have my movies playing at the Toronto Film Festival is incredible.”

If you look up “Gerard Butler wife” on the Internet, you won’t find a match, but you will find his girlfriend, the 39-year-old interior designer, Morgan Brown. Butler and Brown have been dating for two years but were briefly separated when he was travelling the globe while promoting his action-packed movie, London Has Fallen, the sequel to Olympus Has Fallen. According to the Daily Mail, Butler was seen looking at least seven other women while outside the Queen’s Pub in Primrose Hill, London. Brown wasn’t present but apparently the paparazzi were and now it’s all over the Internet!