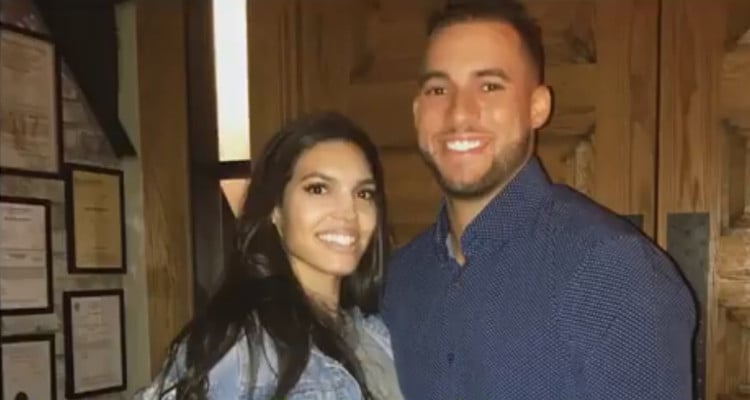 Baseball player George Springer’s fiancée, Charlise Castro, is beautiful, ambitious, sporty, and romantic. She will become Springer’s wife on January 20, 2018, and is preparing for the big day. Castro has degrees in communication and business administration, and was also a star softball player. She is currently a fitness trainer and has a passion for keeping people healthy.

Charlise Castro’s age is 25, and she comes from Saugerties, New York, where she used to live with her parents, Jenelle and Angel Castro. The lovely lady will soon become George Springer’s wife come January 2018! Here are a few details from Charlise Castro’s wiki.

Charlise Castro is not only beautiful, but she is also an educated and accomplished lady. She started studying psychology in college but later switched to communications. She graduated from the University of Albany with a degree in communications in 2014 before obtaining an M.B.A. from the College of Saint Rose in Albany, New York.

She was also an active sportswoman throughout her school years, playing softball for her college’s team. Castro was the captain of Kingston High School’s softball team in 2010. She was a catcher and also played first base.

In 2012, Castro was named America’s East Conference Player of the Year. She also became the second player ever to win the league’s Triple Crown in conference history.

She Has a Passion for Health and Fitness

Charlise Castro was so good at softball that she was invited to play for Puerto Rico’s national team to represent them at the Olympics. But she decided not to play softball professionally and focused on her passion for health and fitness instead.

“After playing internationally, I was presented with the opportunity to continue my career professionally [in softball], but ultimately my passion for health and fitness steered me away,” she said.

Castro now works as a personal trainer and on her fitness website and blog. She is passionate about living healthy and regularly posts recipes and workouts to help other people achieve their fitness goals.

The Happiest Day of Her Life

Castro’s happiest moment came when Springer got down on one knee and proposed, while they were on vacation in San Jose Del Cabo, Mexico in December 2016. He surprised her by popping the question during a beautiful, scenic evening at the beach, complete with the words, “Will you marry me?” written in the sand.

After recovering enough to say a resounding “Yes,” Castro shared the good news with her family and friends via Facebook.

Filled with inexplicable happiness and unconditional love because I am marrying my best friend!! I absolutely cannot wait to call you my husband!!!! George Springer????????❤️❤️❤️❤️❤️#ENGAGED

She captioned the post, “Filled with inexplicable happiness and unconditional love because I am marrying my best friend!! I absolutely cannot wait to call you my husband!!!!”

The Big Day is Imminent

Right now, she is looking forward to her wedding, and the pair are thrilled that they will be spending the rest of their lives together. They already chose their wedding date; Saturday, January 20, 2018, according to the Houston Chronicle. They will wait for the World Series to end before taking their vows in the off-season period.