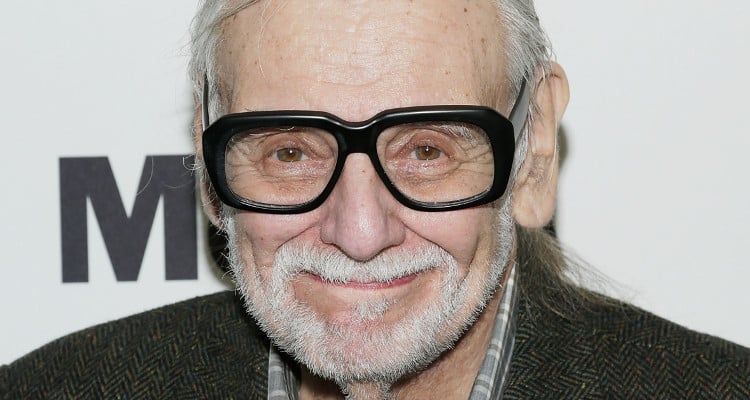 Night of the Living Dead director George Romero passed away at the age of 77, surrounded by his family in his home. Who is George Romero? Take a look at our George Romero wiki for everything you need to know about the iconic director.

George Andrew Romero was born on February 4, 1940 in The Bronx, New York. His father was of Cuban descent and worked as a commercial artist, and his mother was of Lithuanian-American ancestry. Growing up, Romero would often ride the subway to Manhattan to rent film reels, as his love for movies began at a young age. He graduated from Carnegie Mellon University in Pittsburgh, and his interests always lied in theater, design, and arts.

George Romero’s Movies and Net Worth

RIP #GeorgeRomero groundbreaking on so many levels

He started his career in the film industry by shooting short films and commercials. In the late 1960s, Romero, along with nine other people, started Image Ten Productions and in 1968, they produced the classic Night of the Living Dead, which was the director’s breakthrough work.

After the success of his zombie movie, Romero tried to test the waters by producing and directing other genres. He had higher hopes for his films like Hungry Wives, There’s Always Vanilla and The Crazies but, unfortunately, they did not fare as well in the box office. In 1978, Romero returned to zombie films with yet another classic, Dawn of the Dead.

Throughout his career, Romero has produced and directed several films such as Season of the Witch, Martin, Knightriders, Day of the Dead, Two Evil Eyes, Deadtime Stories: Volume 1, Survival of the Dead, and Deadtime Stories: Volume 2. He is known as the “father of the modern zombie movie,” so it comes as no surprise that George Romero’s net worth is estimated to be a whopping $35.0 million.

George Romero’s Marriages and Cause of Death

I can't believe that you are gone. I am devastated beyond words. You were not only my favorite director, but one of my favorite people. RIP George. ??? #georgeromero #rip #takentoosoon #thekingofzombies #onesweetman

Romero was married three times. His first wife was costume designer, Nancy Romero. They got married in 1971 and were divorced in 1978, but the reason for the split is unknown. Romero met his second wife, actress Christine Forrest, in 1980, on the set of Season of the Witch. Forrest had several roles in Romero’s movies. The couple had two children together: Tina and Andrew Romero. However, things did not work out between the two, and they got divorced in 2010. While talking about his divorce, Romero said, “I think I’m the same guy,” adding, “I don’t know if Chris got tired of me or I got tired of her, whatever happened there I don’t even want to go into that, so I don’t know.”

Romero met his third wife, Suzanne Desrocher, while filming Land of the Dead. The pair got married in 2011 on Martha’s Vineyard. Their son Cameron is a filmmaker.

On July 17, 2017, George Romero passed away in his sleep. His manager, Chris Roe, released a statement that said, “Legendary filmmaker George A. Romero passed away on Sunday July 16, listening to the score of The Quiet Man, one of his all-time favorite films.” He further added, “He died peacefully in his sleep, following a brief but aggressive battle with lung cancer, and leaves behind a loving family, many friends, and a filmmaking legacy that has endured, and will continue to endure, the test of time.” At the time of his death, Romero was with his wife and daughter.