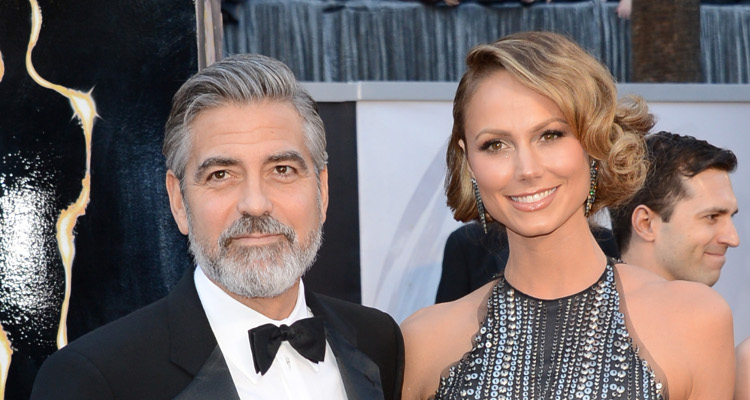 From his days playing a young Dr. Ross on the television series ER, George Clooney has grown to become a part of Hollywood royalty. Between his acting and directorial accomplishments, Clooney has taken home over 60 awards, including two Academy Awards, one BAFTA, three Golden Globes, and four Screen Actors Guild Awards.

His personal life has also been the subject of endless media hoopla, especially since he made it very clear that he has no interest in tying the knot again. His stance on marriage has made him an even more fitting poster boy for the perfect sugar daddy—his net worth is over $100 million, and it doesn’t hurt that at 52, he’s still as handsome as he was at 25. In fact, Clooney is one of the few stars that have been crowned twice as the Sexiest Man Alive by People magazine, and the titles came nine years apart.

Clooney did play the role of a real-life husband years before he became famous. Since divorcing his wife in 1993, Clooney dated several women, but none of them were at his level of international stardom, and none of them ever came close to walking down the aisle with him.

In July 2011, Clooney only further enhanced his sugar daddy persona when he went public with his newest girlfriend, former female wrestler Stacy Keibler. With the 18-year age gap between them, most people assumed it was just a fling—Clooney was just passing time with the hot young blonde, and Keibler was taking advantage of the one-way ticket to the top of the A-list.

The couple has managed to last almost three years now, but not without regular rumors of a break-up. The reason behind the rumored split is usually the dead-end dynamic of their relationship—Keibler is young, and wants to eventually get married and have kids, while Clooney still has no interest in settling down permanently.

The celebrity couple seemed to be holding on for the long haul. Many people thought Keibler might just be the one woman who could change Clooney’s mind about marriage. But in July 2013, Keibler and Clooney broke up. While the media jumped on the marriage issue once again, Keibler herself said that it had nothing to do with marriage and that their mutual, amicable breakup was far from dramatic.