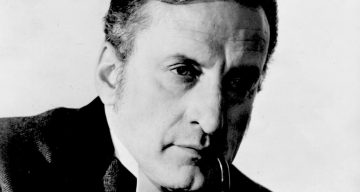 Awards season is wrapping up with the Oscars this Sunday and it’s still entertainment’s biggest night—even 90 years later! There are a few actors who left people wide-eyed when they refused to collect their golden statuette. The first to do so was George C. Scott for his movie, Patton. Find out why the fine actor refused to accept the Oscar back in 1970.

Patton was a stunning movie and it deserved every bit of the recognition it received. When it was nominated for an Academy Award, nearly everyone was overjoyed.

George C. Scott, who already tried withdrawing from the Oscars 11 years earlier, made the bold move of refusing his award and not showing up at the ceremony to collect it.

Why Did George C. Scott Decline His Oscar?

When George C. Scott portrayed the gruff U.S. General George S. Patton, Hollywood was left baffled. Fans of the movie hoped it would win an Oscar, and they wanted Scott to be awarded for his performance.

Luckily for them, their wishes were granted! Scott was nominated for an Academy Award, and many were very eager to watch him accept it on stage.

But much to everyone’s shock, Scott informed via telegram that he was not interested in receiving the award!

The reason? He said the idea of the awards and the politics that enveloped it were “demeaning,” and painted the Oscars as “a two-hour meat parade.”

When the reality of the situation started sinking in, people began taking sides—and fast!

Plenty of publications put the word out that, for the first time ever, an actor refused to accept his Oscar! Directors, producers, and other actors began debating whether it was right or wrong to reject an award.

Also Read: Oscar 2018 Snubs: You Won’t Believe Who Was “Brushed Off” Among the Best in Film

A Fine Reason Behind the Decline?

Nonetheless, the day of the Oscars came, and every eye was glued when Goldie Hawn presented the Best Actor award.

Hawn opened the envelope, gasped, and said, “Oh, my God, the winner is George C. Scott!”

But nobody got up to accept the award. The actor stood by his words of not wanting to receive an Emmy or an Oscar because he thought they were corrupt.

Growing weary of stardom, Scott talked about why he declined the award and said, “There is no question you get pumped up by the recognition. Then a self-loathing sets in when you realise you’re enjoying it.”

After George C. Scott, there has been a growing list of people who rejected the award.

Marlon Brando had a Native American woman, Sacheen Littlefeather, accept his award. She read his speech on the mistreatment of her people in film.

Although she won four times, Katharine Hepburn never actually accepted her statuette on stage. Neither has Woody Allen, Peter O’Toole, Elizabeth Taylor, and many more.

But no matter why these actors decided to decline their awards, there are more who believe that winning an Oscar is a great honor.

The 90th Academy Awards is not just about the movies, but will also be about the women. From Meryl Streep to Allison Janney, every woman will show up with a cause in her mind, and the show is bound to be paramount!