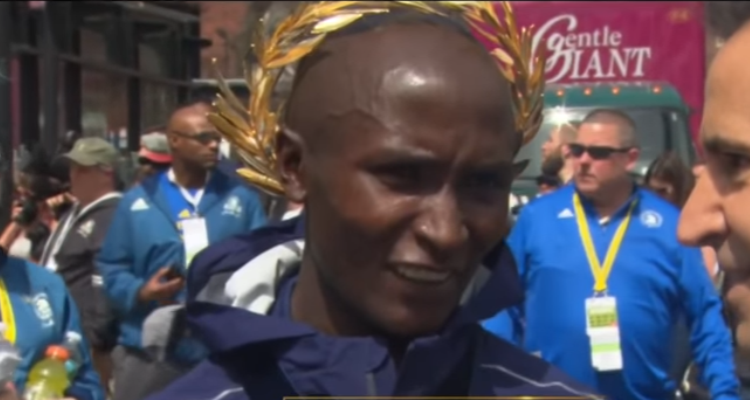 Where is Geoffrey Kirui From?

Geoffrey Kirui’s age is 24 and he was born Geoffrey Kipkorir Kirui on February 16, 1993 in Kenya, which further explains his nationality.

Kirui won the 121st Boston Marathon on Monday and beat American Galen Rupp with a running time of 2 hours, 9 minutes, 37 seconds. Rupp is a three-time Olympian and made his Boston debut this year, and followed behind Kirui’s record by 21 seconds. Kirui won the $150,000 prize money along with a silver trophy. Although he is richer by hundreds of thousands, there’s no information on the exact amount of his net worth.

With his recent winnings, everyone wants to know if the 24-year-old athlete has anyone to share his good news and recent victory with. By the looks of it, Kirui has no kids or sign of a wife or girlfriend that we know of. There’s also aren’t any rumors of a relationship either, which means Kirui is all about work at them moment. And as you can see, the hard work and focus has paid off! 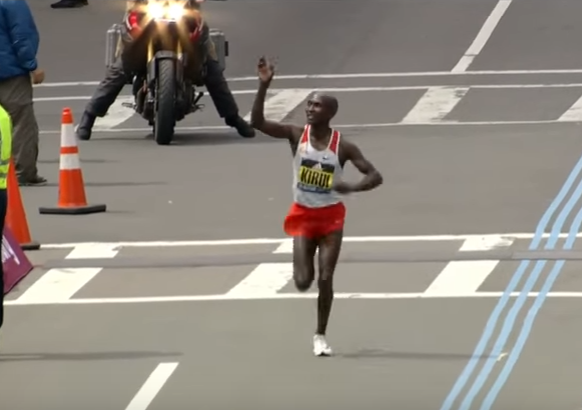 It was a Hot Day

It was a very hot day in Boston (79 degrees), which slowed down the runners out on the course. The strong tailwind gave the runners the boost they needed, but extreme heat wasn’t enough to stop Kirui from taking first place. He may even have finished sooner if it weren’t for the soaring temperatures! Kirui is relatively new to distance running, but has competed in two previous marathons, one of which was completed in Amsterdam. Since he won the race, videos and pictures of Kirui have been circulating online and he has been greeted with well wishes and many congratulations. Check out the clip below of Kirui’s big win!

Earlier on Monday, city officials announced the plans for memorials to mark the site where the two bombs exploded, which caused the city to enter a lock down with a city-wide manhunt in 2013. City officials and the families of the five people who died in the bombings said there’s a plan in place to create a separate, larger memorial for victims, first responders and survivors.

According to The Guardian: “Pablo Eduardo is a Massachusetts resident and internationally known sculptor. He’ll create the memorial markers on Boylston Street, where bombs killed three spectators and wounded more than 260 others.”

The bombings that occurred in 2013 are just one of many unfortunate attacks that have targeted the country, but that didn’t stop the city from coming together and having faith. Continuing with the Boston Marathon years later is still considered a sign of hope and courage, and the memorial will reflect that same important message.