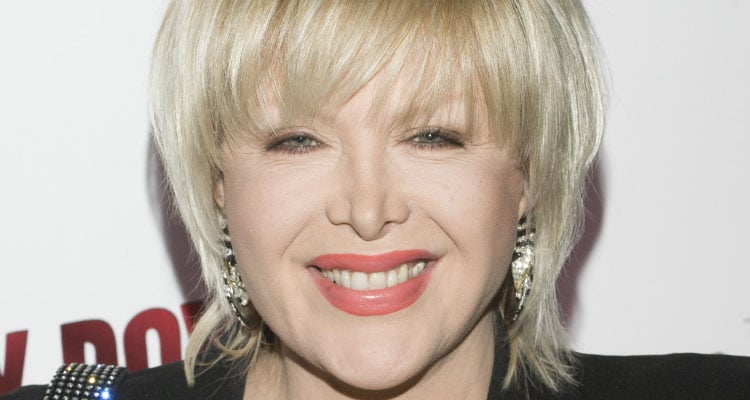 The U.S. presidential debate just got a lot more interesting. The debate (which is scheduled for tonight) might not only see a face-off between candidates, Hillary Clinton and Donald Trump, but may also see a face from Clinton’s past. Many may remember the name “Gennifer Flowers” from the days when Bill Clinton was president, as she was most remembered for being his mistress during his time in office. Years ago, Flowers said she’d support Hillary in her first presidential campaign because, “I can’t help but want to support my own gender” and reports have revealed that it’s possible she will be attending tonight’s debate as Trump’s guest. For those who are curious about Gennifer Flowers and her sudden return to the limelight, your wait ends here. We have all the latest news here on Flowers and the presidential debate.

The U.S. Presidential debate begins tonight at 9:00 p.m. EST. The debate will be aired live on CNN (among other major news stations) and is predictably one of the most anticipated face-offs between Clinton and Trump.

Here’s everything you need to know about Gennifer Flowers and her controversy surrounding the presidential debate.

Who is Gennifer Flowers?

Flowers is a model and actress with a very limited work to boast about. She has had acting stints in two movies, a handful of TV shows, and she posed nude for Penthouse magazine. After her scandalous relationship with Bill Clinton came to light in the ’90s, she gained large-scale attention across the country. She even went on talk shows and published her memoir, Gennifer Flowers: Passion and Betrayal in 1995. In the book, she detailed the nature of her relationship with Clinton. She has briefly worked in Australian films, a few TV shows and also worked in theater. She used to run a cabaret club in New Orleans’ french quarter up until Hurricane Katrina struck. When she moved to Las Vegas, she started working as a columnist.

Flowers and the Clintons

During Bill Clinton’s presidential campaign in 1992, Flowers came forward with allegations that she had been in a relationship with him for 12 years. Flowers provided tapes of conversations she had secretly recorded with Clinton as proof. Clinton was then serving as the Governor of Arkansas. Though Clinton initially denied his affair with Flowers, in 1998 he admitted to a one-time sexual encounter with Flowers that occurred in 1977. Incidentally, he admitted to an affair with Flowers, while denying Kathleen Willey’s sexual assault allegations against him. Flowers had sold the tapes to media outlets for a hefty sum, but Clinton’s party claimed the tapes weren’t lab-tested and could have been fake. In response, Flowers had filed a defamation case against Bill and Hillary Clinton, along with their aides. Bill’s infidelity scandals were about to cost him the 1992 elections, when he and his wife sat down for an interview to save the campaign. Flowers fired back at him for denying the affair. Clinton went on to become president and six years later, Clinton admitted under oath that he had an affair with Flowers.

On 22 September, one of Trump’s biggest critics (and politically outspoken billionaire), Mark Cuban tweeted that he has a front-row seat to the debate.

Just got a front row seat to watch @HillaryClinton overwhelm @realDonaldTrump at the “Humbling at Hofstra” on Monday. It Is On !

If dopey Mark Cuban of failed Benefactor fame wants to sit in the front row, perhaps I will put Gennifer Flowers right alongside of him!

Flowers had initially maintained a distance from the presidential elections. A spokesperson for Flowers said that she didn’t want to be a sideshow. However, to everyone’s surprise, Flowers tweeted that she will be attending the debate and sitting in Trump’s corner!

Hi Donald. You know I’m in your corner and will definitely be at the debate!…????

Team Trump was quick to clarify that they have not “formally invited” Gennifer Flowers, and they don’t expect her to be present at the debate tonight. While the Trump and Clinton campaign teams exchanged blows, Flowers confirmed via New York Times that she will be attending the debate. Trump’s campaign manager, Kellyanne Conway said that though she hasn’t been invited, Flowers could attend the debate as a paying member of the audience.

We can’t tell what will happen until the debate begins tonight, but the potential attendance of Gennifer Flowers has certainly made the Clinton vs. Trump presidential debate all the more exciting! Tune in to CNN tonight at 9:00 p.m.!