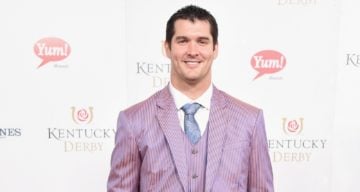 Gary Barnidge may no longer be a part of the NFL, but he is not out of the sport. His football career built him a fortune that he has put to use through philanthropy and other ventures. Now, this Amazing Race finalist has millions in the bank. Gary Barnidge’s earnings and assets make for an estimated net worth of $10.8 million. Here’s how he built his wealth.

Gary Barnidge (born on September 22, 1985) is a native of Kentucky and played collegiate football at the University of Louisville. The tight end was selected by the Carolina Panthers in the 2008 NFL Draft, marking his start in the league.

Though a late bloomer, Barnidge proved he was a worthy investment as he built his stats. When the Cleveland Browns signed him as an unrestricted free agent in 2013, he was recording touchdowns and receptions much to the awe of football analysts.

A stellar 2015 season earned Barnidge a spot as one of the NFL Top 100 Players of 2016. In the 2016 season, he underwent a sports hernia surgery and still played an impressive 16 games that season.

Barnidge was, however, released by the Browns in 2017, and wasn’t picked up by any other team. He hasn’t played for a professional team since then, but has turned to other ventures, particularly philanthropy.

In recent years, Barnidge has been active with his organization, American Football Without Boundaries. The organization hosts football camps all over the world. From 2011 to 2017, he had a movie review website.

He competed on the current season of The Amazing Race with with his former Panthers teammate DeAngelo Williams, and they made it to the finals.

He made Florida his home after his NFL tenure came to an end, per reports. He has turned the 7,100-sq.-ft. home into his funhouse, filling it with a wrestling ring and an inflatable water blob.

He’s also furnished it with an awesome video game room, complete with television screens and massive figurines from his favorite movies. His theater room satisfies his movie mania and even has a bookcase trapdoor akin to what you’d see in a Scooby Doo mystery.

Barnidge’s funhouse may reflect the childlike personality he was famous for. But it doesn’t show his scrupulous side, which was on display when he purchased his first home in Cleveland. He mindfully let younger players cohabitate with him, and used the rent money to help pay the mortgage.