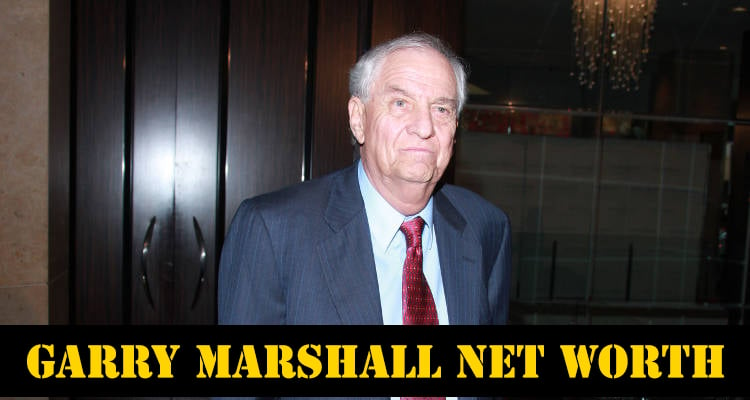 As the news of Garry Marshall’s death spreads among his fans and admirers, the question on their minds is “How rich was Garry Marshall?” Plenty rich! Garry Marshall’s net worth is reported to be in excess of $50.0 million dollars. Wow! “How did he make so much money?” is the next likely question. Well, considering that Marshall has given Hollywood some of its biggest hits in the last three decades, its not that difficult to believe.

Keep Them Funny, Keep Them Coming

Marshall did not make his money from his movies alone. He started out as a joke writer for famous comedians like Phil Foster and Joey Bishop. He then started writing for The Tonight Show along with Jack Paar. In 1961 he moved to Hollywood to write for the then fledgling TV sitcom industry. He wrote for popular shows like The Dick Van Dyke Show, The Danny Thomas Show and The Lucy Show. Getting laughs and dollars for his work, Marshall turned producer in the 70s. He hit big time with his TV show Happy Days which quickly became one of the most loved TV shows of all time. It was set in Milwaukee, Wisconsin, where the lead character Richie lives with his family. It presented a simple, romanticized picture of life in the 50s and early 60s in the USA. It made people yearn for a happier, simpler and safer time when there was innocence in the air. The show threw up several popular characters which later went on to have their own shows. Nobody was as popular as the character of Arthur Fonzarelli, also known as “Fonzie/The Fonz”. “The Fonz” went on to become a part of popular culture in later years. Marshall also came up with Happy Days spin-off shows like Mork & Mindy and Laverne & Shirley which captured the viewer’s hearts.

Then Marshall made the big move to producing and directing movies. He started out by making small but enjoyable comedies that made him a name to reckon with. When his romantic comedy Pretty Woman became a blockbuster hit in 1990, he had the whole of Hollywood eating out of the palm of his hand. Every star in Hollywood wanted to work with him. However Marshall did not get carried away with all this success. He continued to make movies that he personally believed in. He believed in giving his audiences positive, good natured and clean movies which also made money at the box office. Towards the end of his life Marshall started making movies with huge ensemble casts which also clicked at the box office like Valentine’s Day, New Year’s Day and Mother’s Day.

Marshall was an actor as well doing roles that brought out his humorous and genial side. He acted in bit parts in both TV shows and movies showcasing his love for the movies. With his death Hollywood has lost one of its most notable directors. It’s happy days no more.