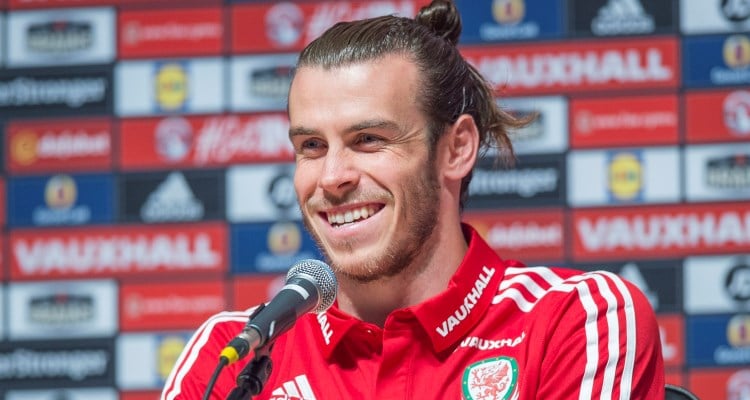 Gareth Bale was already a household name for soccer fans prior to his 27th birthday, which is today July 16, and searches for info ranging from “Gareth Bale Euro 2016” to “Gareth Bale wife,” have been more frequent, especially following Wales’ success in the Euro 2016 tournament when they made it to the semifinals. Well, as part of the Gareth Bale birthday celebration, we’re going to share more information about this highly skilled player. Just think of us as your Gareth Bale wiki as you read these four interesting Gareth Bale facts.

The Gareth Bale 2016 net worth is currently estimated to be around US$100 million, and he also makes an incredible amount from endorsement deals- including a six-year contract with Adidas worth around US$35 million. His salary from Real Madrid clocks in at about $20 million per year (on a six-year deal) making him one of the highest paid athletes in the world. Real Madrid also holds the dubious honor of paying more to acquire Bale than any team has paid for a player in history!

The man who can call himself the official Gareth Bale agent, Jonathan Barnett, has no problem being vocal about how great his client is or about any perceived injustice against him, no matter how outlandish others may think the claims are. Past comments he’s made regarding his client include him proclaiming that Gareth Bale is the best player in the world and that within a few years, Cristiano Ronaldo is close to retirement. He also believes that an investigation was needed following the leak of a confidential document relating to Bale’s move to Real Madrid and, of course, the expected squashing of rumors that put Bale in a bad light.

In case you missed when we discussed his family, Gareth Bale is in a long-term relationship with Emma Rhys-Jones, his childhood sweetheart who has stuck with him through thick and thin (and gotten to enjoy all the perks of being a soccer star’s girlfriend as a bonus). The couple have two kids together, daughters Nava Valentina and Alba Viola, though little else is known as the family is very private. What is known, however, is why they’ve yet to tie the knot; they’re waiting for her father to get out of jail, as he is currently serving time for fraud.

At age 14, Gareth Bale was already very talented in soccer, as well as hockey and rugby. He also possesses a very fast sprint time of 100 meters in 11.4 seconds. Bale’s skill quickly became apparent to everyone who saw him play, and that included his high school gym teacher. His teacher was fast to realize that whenever he made the class play soccer, it seemed that team Bale was on would have an incredibly unfair advantage. To counter this, he gave Bale two handicaps. One was that he was to play one-touch football; this meant he had to pass or shoot the ball as soon as he had control of it. The other rule was that he had to kick with his right foot, instead of his dominant/preferred left one. These were interesting restrictions for sure, and they may have made a huge difference in Gareth Bale’s improvement.