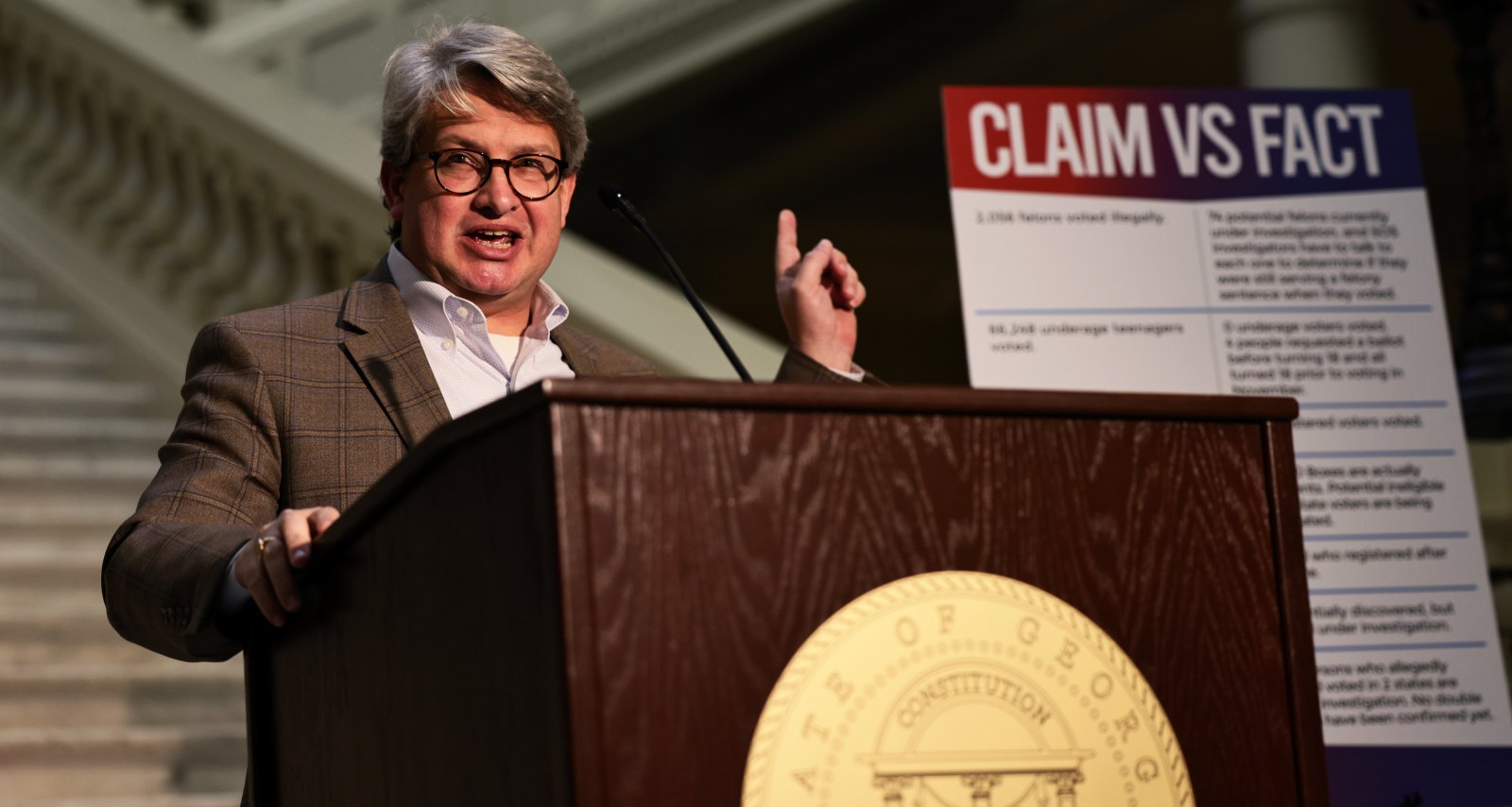 Gabriel Sterling oversaw the voting system in Georgia during the November elections and has been an ardent Trump supporter. But he took a stand against the sitting president’s rhetoric about voter fraud and is on the receiving end of backlash from Trump supporters. Sterling effectively debunked the falsehoods about the Georgia votes in a January 4 press conference, which has won him fans. This Gabriel Sterling wiki reveals more about his career before he was in the national spotlight.

Georgia native Gabriel Sterling was born on November 14, 1970. He is the son of Rod Sterling and Lyn Sterling Montagne.

Sterling’s parents are divorced and remarried. His stepmother, Ana Rubio Sterling, and his stepfather, Larry Montagne, also played a role in raising him, and he expressed his gratitude to them on social media.

His father Rod Sterling is the president of the Sterling Advisory Group in Georgia, while his stepmother is a real estate broker. His mother Lyn Montagne is a local businesswoman specializing in hand-woven rugs and tapestries while her husband is an account developer with a marketing company.

Not much is known about Gabriel’s love life. But he reportedly has a fiancée who hasn’t been identified.

While attending the University of Georgia, Sterling was active in the Young College Republicans group and the Demosthenian Literary Society. He graduated with a BS in political science in 1993.

During his student life, Sterling was a technical solutions specialist at BioLab, Inc. in the ‘80s. In 1989, he was an intern at the Leadership Institute. He also had a job in sales for a local swimming pool contractor.

Sterling interned with the Georgia Republican Party for a few months in 1990. The following year, he served as the executive director of recall efforts for former Fulton County Commission Chairman Michael Lomax.

In 1992, then-21-year-old Sterling was serving on the late president George H.W. Bush’s re-election campaign during the Georgia primaries and general elections. He had also served on a Republican senator’s campaign when he was 15.

Sterling has dedicated himself to the Republican cause since he was a kid. While being politically active throughout his student life, Sterling built a presence in Georgia’s election scene.

He was the campaign manager for Dr. Charlie Norwood’s campaign for Congress from 1993 to 1995. From 1995 to 1996, he was Congressman Norwood’s legislative assistant.

He also led Landmark Communications of Georgia; SSH, Inc.; Heritage Sandy Springs; and other organizations. He is the owner of Elbow Bend Brewing & BBQ and runs operations for the craft beer specialists.

Since 2019, Sterling has been a board member of the Sandy Springs Conservancy Inc. and the co-chair of finance of Beltline TADAC. The same year, he began his term with the Georgia secretary of state’s office.

He was the COO and is currently the voting system implementation manager. His current role has him in the spotlight in the aftermath of the 2020 presidential elections.

Sterling has been sharply critical of President Trump’s claims about voter fraud and has defended the election officials who are bearing the brunt of the vitriol. His stand has received tremendous support as well as death threats and the need for police guards.

He didn’t think he would have the nation’s attention. But when Sterling debunked the election fraud claims with clarity in a January 4 press conference, he earned even more applause for his work.