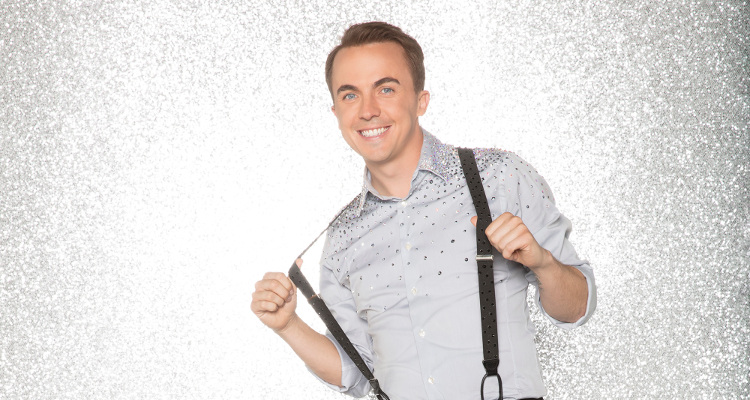 Lately, everyone’s been talking about Frankie Muniz. But this time around, it’s not for his acting. Frankie Muniz on Dancing with the Stars is the hot topic of discussion. Read on to know more about him.

How old is Frankie Muniz? What is Frankie Muniz’s net worth in 2017? Fans have been asking these questions repeatedly, especially after watching him as a contestant on season 25 of Dancing with the Stars. Since we always give you what you ask for, read on to find out more about Frankie Muniz!

Born on December 5, 1985, he is 31 years old. Frankie Muniz’s career is diverse, and he can be described as an actor, musician, producer, writer, race car driver, and band manager.

Muniz is best known for playing the title character in the family sitcom Malcolm in the Middle, earning two Golden Globe Award nominations and an Emmy nomination for this role. Considered as one of Hollywood’s most bankable teens in 2003, he achieved a great deal of fame.

Later in 2008, Muniz side-tracked his acting career to pursue an open-wheel racing career. He went on to compete in the Atlantic Championship.

After his racing career, Muniz’s passion for music led him into another direction. He joined the band Kingsfoil as a drummer from 2012 to 2014. Now here’s a man who doesn’t just follow his passions, he excels at them too!

Frankie Muniz’s net worth is estimated at a whopping $40.0 million. Wow!

Who Is Frankie Muniz’s Wife?

Well, there’s good news for diehard fans. The actor isn’t married yet. But here’s the catch, he isn’t single either.

Frankie Muniz is dating Paige Price, a model from Scottsdale, Arizona. The two have been seen together on several occasions and aren’t afraid of cameras or PDA!

This is the first picture we took together and my favorite ever. You can see the love and it makes me so happy. I love you @pogprice!

Frankie Muniz on Dancing with the Stars

Partnered with Witney Carson, the duo received a top score of 25 for their cha-cha in Week 2’s Latin Night. Setting high standards, the duo has their eyes firmly fixed on the Mirrorball Trophy.

So, for anyone wondering if this multi-talented man can add dancing as one of his fortés, you’ve got your answer!

Frankie Muniz’s Instagram account is full of pictures of his journey on Dancing with the Stars. There are also a few adorable ones of his girlfriend, too.

Tonight was incredible! FIRST 9 OF THE SEASON?! WHAT!!! I'm in shock, insane! I had a blast on stage but we still need your help and votes! Phones are open for one hour after the show and you can vote online for the next 24 hours! Do it! Do it! Do it! #dwts

Frankie Muniz has managed to excel in whatever he’s tried his hand at. And by the looks of it, he’s out to do the same in season 25 of Dancing with the Stars.