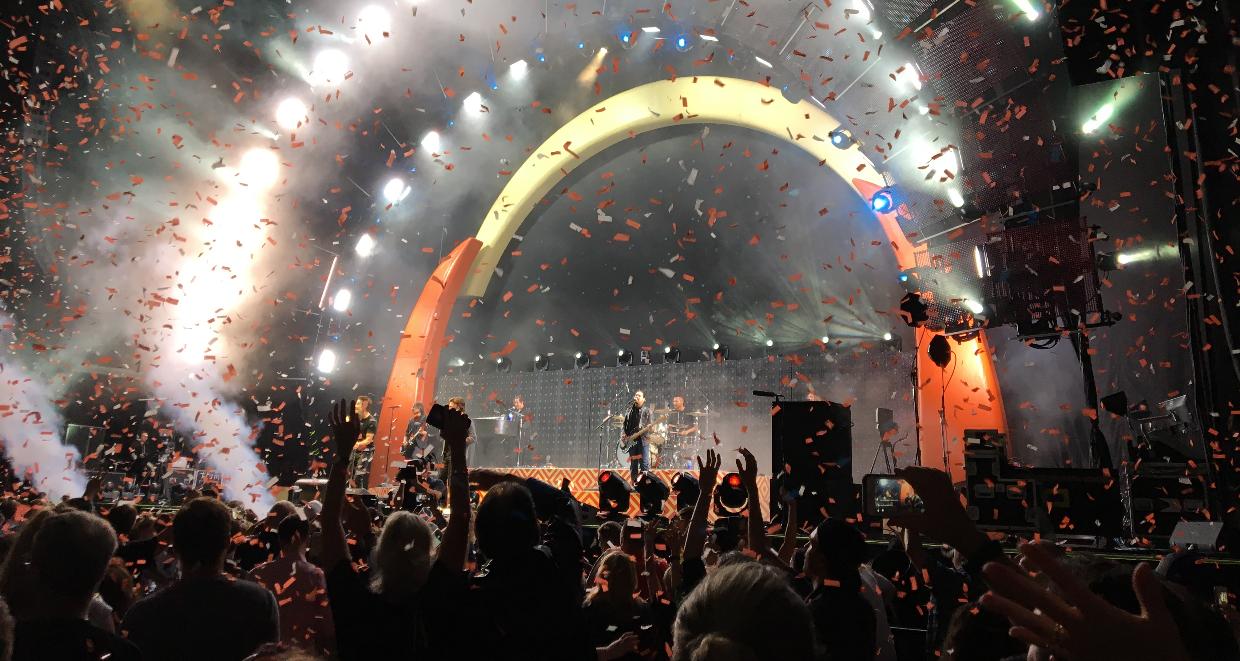 It isn’t uncommon to see sign language interpreters at political addresses or even community events, but Flo Rida had one at his concert, and the man put on a show of his own.

Flo Rida uploaded a short clip on Instagram earlier today showing the interpreter in action, signing the lyrics to one of Flo Rida’s biggest hits, “Right Round,” as the singer was performing it live on stage with Macy Kate. At first glance, the interpreter just looks like he’s dancing to the song, moving in perfect rhythm to the beat and making facial expressions that match the lyrics flawlessly—it’s only when you watch more closely that you realize he’s actually using sign language to interpret the lyrics.

Flo Rida captioned the video, “Sign language at its finest! ‘she got me throwing my money around…’ I think I watched that part 20x’s already [sic].” The video appears to have been taken at the Orlando stop in Flo Rida’s G.D.F.R. World Tour.

Sign language at its finest! ” she got me throwing my money around…” I think I watched that part 20x’s already ???????????? #GDFRtour #universalstudios #rightround along side @macykatemusic ???? @mralexacosta

While most celebrity posts on social media garner praise for the star, many of the comments on Flo Rida’s video were for the sign language interpreter, with several followers calling his skills “amazing.” It’s probably safe to say that we’re not the only ones who would love to see him interpret some of Flo Rida’s other hits in sign language.

Flo Rida’s clip comes just a couple weeks after another video surfaced of a sign language interpreter’s rendition of Adele’s touching new song, “Hello.” The video has been picked up by several major media outlets, including TIME and Huffington Post, and the original YouTube video has already been viewed over 80,000 times. In fact, it’s just one of many hit songs put out by the same interpreter. Some of the other popular videos on her YouTube channel include her signing to “Ridin’ Solo” by Jason Derulo, “Fire” by Gavin DeGraw, and Mariah Carey’s holiday classic “All I Want for Christmas Is You.”