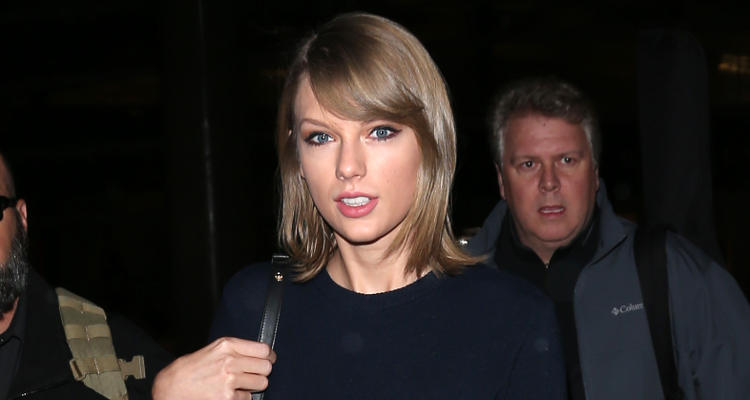 Taylor Swift, recently christened the world’s highest-paid celebrity, clearly has her feet on the ground as the pop princess was spotted spending time with sick kids at a children’s hospital in Australia. Taylor Swift visited patients at a children’s hospital in Australia. Lately in the news for all the wrong reasons, 26-year-old Swift took selfies and chatted with patients at the South Brisbane Hospital during the afternoon visit prearranged by the Starlight Children’s Foundation of Australia.

Swift is currently staying in Australia with her rumored new boyfriend, British actor Tom Hiddleston. The 35-year-old actor, who is a contender to be the next James Bond, and the singer-songwriter have been all over the news, jet-setting around the world and showing off their presumed new relationship. The happy couple is rumored to have started dating after Swift broke up with her boyfriend of 15 months, DJ Calvin Harris. The news broke out after the media posted photos of the Swift and Hiddleston getting intimate on the beach near Swift’s Rhode Island mansion. Subjected to scrutiny by disapproving fans, Swift set the record straight with her latest act of kindness. Taking the day off from her hectic life while Hiddleston was busy shooting Thor: Ragnarok with fellow actor Chris Hemsworth, Swift initiated the visit and preferred not to make a fuss by informing the press beforehand.

The “Shake It Off” singer surprised her fans, such as 13-year-old bone cancer patient, Bella, by saying, “Now you have to take it because I’m going to kiss you on the cheek.” The teenager posted videos and photos of the delightful encounter on Instagram after being gifted an autographed pillowcase. She also met a little toddler, Slater Walker, who has been hospitalized for the last three months after brain tumor surgery. The “Wildest Dreams” crooner laughed and high-fived the child, according to his excited mother.

Moreover, Swift wrote a sweet note to the hospital nurses that read, “Thank you for all the work you do, you are amazing.” The entire hospital staff of the Lady Cilento Children’s Hospital was full of praises for the singer and sent out a message on Facebook: “Thank you, Taylor Swift, for dropping by the Lady Cilento Children’s Hospital to give our patients and families a special surprise they’ll never forget.” Kudos to Swift for reinstating our faith in her kindness. We love you, Taylor Swift!