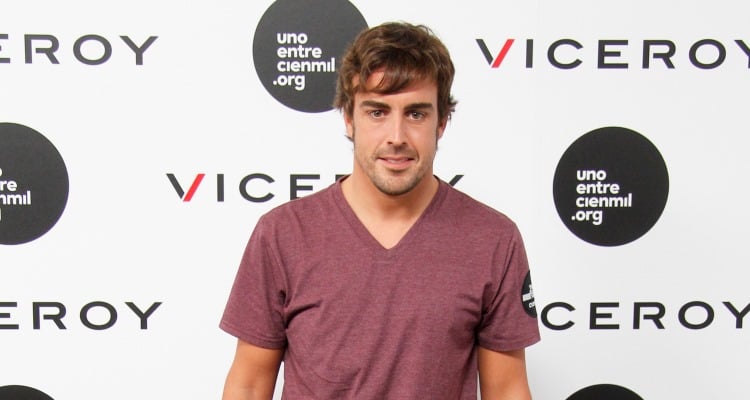 Today is Formula One driver, Fernando Alonso’s birthday! He could likely use the celebratory reprieve, given his bad luck on the track since returning to McLaren-Honda. But while his McLaren F1 car’s quality has often been in question, he has only gotten better with age, as Fernando Alonso’s net worth proves. In celebration of his birthday—and because it makes him a hot topic—we’re here to serve as a miniature Fernando Alonso wiki with these four interesting facts.

He Has Many Age-Based Records

Today on his birthday, Fernando Alonso turns 35 years old. And while that may sound like a lot, many of his records have to do with how young he was when he set them. He was once the youngest champion in F1 history and was the youngest Formula One World Drivers’ Champion when he won the title at age 24; he then became the youngest double champion when he won the contest again in 2006. He is also the third-youngest driver to start a Grand Prix in F1 history (2001), the second youngest to win a Grand Prix (2003) and the second-youngest to take a pole position (2003).

His Net Worth is High (as Expected)

Forbes has Fernando Alonso’s net worth currently sitting at US$36.5 million, which puts him at 24th on the list of the world’s highest paid athletes and the third highest paid racer, after Lewis Hamilton (11th) and Sebastian Vettel (19th). Fernando Alonso’s salary is reported to be US$35 million a year, with US$1.5 million coming from endorsement deals. His contract with McLaren-Honda (which was signed in 2015) is said to have been worth US$36 million. And remember, he only turned 35 today, so there’s still plenty of time for Fernando Alonso’s net worth to rise even higher!

No Fernando Alonso wiki would be complete without mentioning that he is currently in a relationship with journalist and fellow Spaniard Lara Alvarez, who he has been seeing since the tail-end of 2014. Alvarez leads a very busy life career wise as she hosts various Spanish TV programs ranging from sports to news to entertainment programs to reality TV. She was even featured on Spain’s versions of Big Brother and Survivor. Prior to Alvarez, Alonso was married to married Raquel del Rosario, the lead singer of the Spanish pop group El Sueño de Morfeo (“Morpheus’s Dream”), but they divorced in late 2011.

His Helmet’s a Big Deal

Alonso’s helmet features the flag of Spain, as well as the color blue, taken from flags of Asturias, an autonomous community located in Spain. He has made changes to color and style over the years based on who he races for and personal preference. For instance, the 2006 design added yellow to the background, but then switched to have black, red and silver in 2007 when he joined McLaren. There was also a design in 2009 based on that of Michael Schumacher’s. Alonso also possesses a gold helmet that he wore at points in 2011, 2012 and 2013 that was designed to raise money for UNICEF through a charity auction.