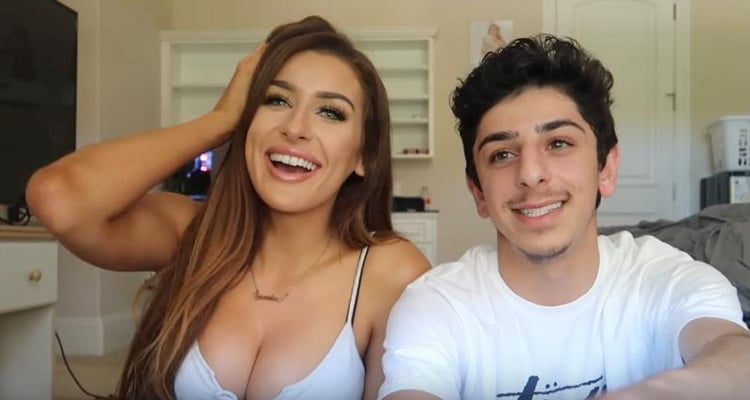 Molly Eskam is YouTube’s latest sensation and she’s dating another YouTube star, FaZe Rug. Recently, she has been hit with a scandal after her Snapchat was hacked and explicit personal photos were leaked on the Internet.

If you haven’t heard of Molly Eskam, you need to get out of the rock you’ve been hiding under and check her out on YouTube. She’s YouTube’s hottest star right now comparable only to her boyfriend, FaZe Rug—the kid who got rich making prank videos. There’s a lot of interest in Molly Eskam as of late, and it’s not for a good thing. Learn all about FaZe Rug’s girlfriend in our Molly Eskam wiki.

This Nebraska-born beauty is 18 years old and will turn 19 on September 29. Eksam, along with her parents, Kent and Laurie, and her brothers, Chace and Chance, moved to Carlsbad, California when she was a child. In California, she set out on a path to Internet fame and pursued a career in modeling for swimwear and lingerie brands.

She has modeled internationally and walked runways for Courtney Allegra Shows. But she’s most famous for her YouTube videos, particularly where she collaborates with FaZe Rug or Ricegum. Her YouTube channel has garnered over 299k subscribers while her Instagram has crossed 473k in followers.

The model is dating another Internet celebrity, Brian Awadis, better known by his online persona, FaZe Rug. He rose to Internet infamy uploading prank videos of Call of Duty. With ad revenues and partnerships, FaZe Rug has earned millions of dollars, making him filthy rich at only 20 years old.

Back at it again with my favorite person @rugfaze #rolly

When he initially started posting videos parodying Call of Duty: Modern Warfare, he did a series with models naming it COD: Model Warfare. His cousin met Eskam at a fashion week where he asked her to join FaZe Rug in the series. She agreed and after the video, FaZe Rug kept in touch with Eskam before they eventually dated. Their latest video shows him meeting Eskam’s parents for the first time.

3. Her Snapchat Was Hacked

Eskam is going through a difficult period now after her Snapchat account was hacked. Her personal pictures, which were very explicit in nature, were leaked online.

But, many feel that this is a hoax to promote her YouTube channels. Eskam’s Instagram also contains some pretty provocative pictures, and she hasn’t given much of a reaction to her nudes getting leaked.