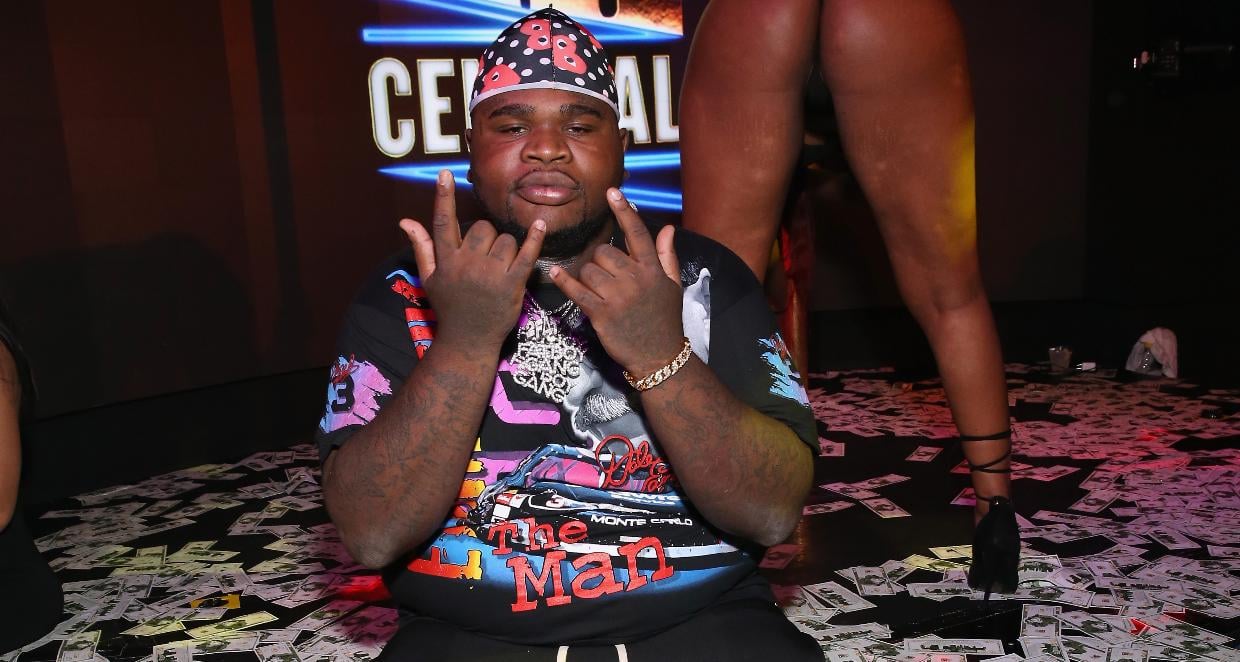 We all know Fatboy SSE for his wild comedy on Instagram. He has captured the hearts of his fans within the two years of his career. Fatboy SSE’s net worth in 2018 is estimated at $500,000, and this comedian doesn’t joke around when it comes to money!

Rapper-comedian Fatboy SSE has come a long way, and he still has a great length to go. With big collaborations featuring Fetty Wap and 50 Cent, SSE has cemented his place in the hip-hop industry.

He says he is not there yet but will make it soon!

We’re talking about his fan following! He has over 62K subscribers on YouTube and a whopping 4.6 million followers on his Instagram account, sending him straight to the VIP club!

Fatboy SSE was 14 when he used to sell drugs for a living. He was your atypical street kid who lived life on the edge and was kicked out of his Chipotle job when he wanted to clean up.

SSE was fired for being late, and he allegedly stole food from the restaurant, too. But today, the up-and-coming rapper is looking at half a million dollars as his worth, and he just got started!

Fatboy SSE had a rough childhood and didn’t receive a proper education. So, he resorted to illegal ways of making money.

Getting a stable job for the comical SSE was already tough enough. He was fired from his job and ended up behind bars as well.

After a few years of making it in and out of jail, SSE came up with the idea of creating some short videos online. His posts started gaining traction, and before he knew it, he was a YouTube star.

Fatboy SSE may not be that huge a star yet, but this rapper already has brands flocking to him for promotions. The 4.6 million followers mark helps, too!

Just last month, SSE was seen in a Ciroc “Blue Dot” video with some of the biggest names in the industry like Diddy, Dj Khaled, and Ashanti.

“F*ck Burger King” is a diss track that mentions how Fatboy SSE and his gang only go to McDonald’s. And in the video, both joints are covered.

In an interview, Fatboy SSE said that his Instagram posts started translating into money when people started calling him to host parties. He was not just a comedian who was going to lighten people up. SSE said that he brought the scene to those parties, too.

And we’re sure in hotspots like Los Angeles and Florida, Fatboy SSE went home with fat pockets full of cash!

It was reported that if you partner with a good brand, then you can make up to $5,000 per post on the photo-sharing app. So, it looks like the green stuff is not a problem in SSE’s life anymore!

In May 2018, he signed a partnership deal with shoe brand Lugz in New York City.

Fatboy SSE’s Instagram page features a video announcing the deal and captioned it, “PROUD ANNOUNCE I OWN 10% OF @lugznyc 1.3 MILLION FEELS SO GOOD [sic].”

Birdman has been in collaboration with the brand before, which boasts a long line of celebrity customers and brand ambassadors.

Here’s how much Fatboy SSE is worth compared to his fellow rappers:

Like all rappers, Fatboy SSE is also a lover of bling, and he doesn’t shy away from the camera to show it off!

“Al the Jeweler” seems to be his go-to man for all things custom and luxury. Labelle Jewelry is run by Albert and his family members.

The high-end jewelry store has been a victim of many of Fatboy SSE’s pranks. And the New Jersey company always enjoys his visits to their store.

SSE wears diamond-studded necklaces and rings from the jeweler. This includes his infamous Fatboy Gang pendant as well as the iced-out one with the initials “CNS,” which has dripping diamonds on it.

Although the prices of these custom pieces are undisclosed, we’re sure they can cost anything between $110,000 and $150,000 a pop.

Some of the 24-year-old’s other pieces come from luxury jeweler Trax NYC as well. In a social media post, SSE can be heard showing off his Worldstar Hip Hop pendant, which reportedly cost him $100,000.

SSE always wears a diamond-loaded ring on his pinky finger, along with a pendant on a chain that spells “Boobie,” which was the rapper’s nickname when he was younger.

CANT REALLY TRUST NOBODY WITH ALL THIS JEWELRY ON ME ???‍♂️ #FATBOYGANG

There is certainly no scarcity of loose cash when it comes to rapper Fatboy SSE. He may not be throwing it around on the streets and against walls like rapper 6ix9ine is seen doing, but he knows how to flex when it’s required.

Most the bills in his hands are $100 notes. And he’s been seen with bundles of them many times.

Although the exact numbers can’t be determined, we can safely say that the cash amounts to at least $100,000, in every other video he posts.

Fatboy SSE has been working on some new projects with pal Fetty Wap. And his latest remix song with Lil Yachty and Fuzzy Fazu titled “Found Myself” has been doing great among fans of the artists.