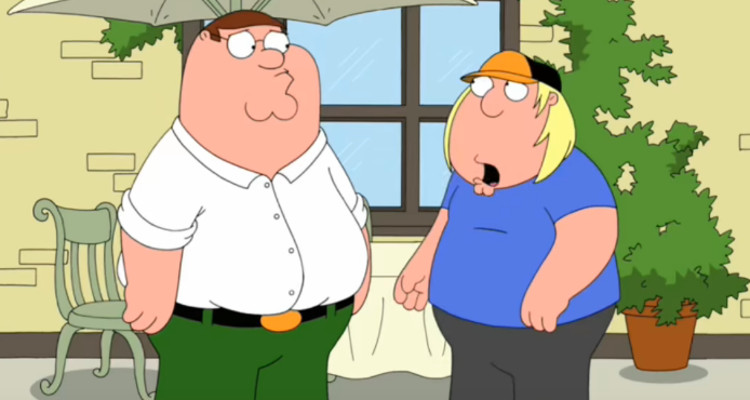 Fans of the hit Fox animated series, Family Guy, have been eagerly awaiting the show’s return and the network hasn’t disappointed them. In May of this year, Fox announced that they’ve decided to renew the show for another season. Many people, including the show’s creator, Seth MacFarlane, and his team, are breathing a sigh of relief.

But at the time, Fox hadn’t set an exact release date for season 16 of Family Guy. This made some fans a little nervous about whether it would actually happen, as the show was already canceled once before back in 2000 due to low ratings in its second season. The show was still developing a steady viewership while competing with cartoon comedy heavyweight, The Simpsons.

Much to the elation of diehard fans and the show’s creators, Fox decided to go ahead with an additional 13 episodes to complete the third season. With a new lease on comedy and the high demand from fans to bring back Family Guy once and for all, Fox officially reinstated the beloved series in 2005. Ever since then, the show has achieved massive international and commercial success, shooting Seth MacFarlane into unimaginable stardom and making him a household name.

This year, there was a great deal of uncertainty regarding whether the show would return for another season because of MacFarlane’s growing popularity and taking on numerous other projects. And, not to mention the deaths of two of the show’s most beloved recurring character actors, Carrie Fisher and Adam West.

The Family Guy creative team is working on a way to circumvent all of those obstacles and Fox has announced a Family Guy season 16 release date. So, when does season 16 of Family Guy come out? Stay tuned to learn more about the upcoming season of Family Guy!

Before his tragic passing on June 9, 2017, Adam West had already recorded the first five episodes of Family Guy that featured the beloved and hilarious caricature of himself, Mayor West. While the writers are still processing West’s death and will posthumously be airing the last five episodes he appears in, they still haven’t figured out what to do with the character after that.

Even though he only portrayed a minor character, obviously Adam West had a looming presence in the show, and replacing him would be inadvisable and impossible to do. He was a legendary, talented, and beloved actor with a knack for levity and impeccable comedic timing that’s incredibly difficult to emulate—not that any other actor would even try.

Steve Callaghan, the show’s executive producer, said, “I think the proper way to honor [Adam West] is to keep the character in the show. There were two or three episodes where his character had been written in, but he hadn’t yet recorded those, so obviously we’ve made accommodations for that…I [wouldn’t] even consider having someone come in and try to imitate his voice.”

All of that is perfectly understandable, but it leaves one burning question lingering in the minds of Family Guy fans everywhere: what’s going to happen to Mayor West and what does his future hold? Callaghan alluded to the fact that Quahog might temporarily not have a mayor. But, does that mean they’re considering retiring the character altogether?

“We haven’t even had a full conversation about it. He just seems so irreplaceable. I don’t know who could fill those shoes. If we do replace him, it would probably be a character that is very different, or maybe Quahog just goes without a mayor for a little while. There could very well be a situation where we leave that office empty as a tribute for at least some period of time. It’s been a little too painful for us to really get too deep into that conversation just yet,” said Callaghan.

The producers haven’t come up with a viable solution to this problem yet. At least not one that they’ve publicly revealed because they’re torn between paying tribute to Adam West and continuing his legacy on the show.

Perhaps, the best thing to do is to air the last five episodes he recorded as planned and then retire the character by giving him an appropriate send-off. Or, they could simply add an “In Memoriam” message preceding season 16 episode 1 of Family Guy, as they did immediately following Carrie Fisher’s passing and just leave it at that.

Whatever they decide to do, we hope it’ll be in good taste. After all, the show is notorious for making poorly timed and inappropriate jokes at other people’s expense!

The Family Guy season 16 trailer officially premiered during the show’s cast panel at Comic-Con in San Diego on July 22, 2017. As usual, it features a lot of the violence and childish humor that the show’s known for, but there’s also something very different about this season.

With Carrie Fisher and Adam West no longer in the picture, there’s a noticeable absence from the show. Even though we know for sure that West will be featured in at least five episodes, there’s still a lot of uncertainty surrounding the future of Peter Griffin’s boss, Angela (Fisher’s character).

Watch the season 16 trailer of Family Guy to see for yourself!

TV Shows
Who Are the Teams on “Battle on the Beach”? Meet the Cast of the New HGTV Show

Trending
What Happened to Mary Jayne on “MasterChef: Legends”? Why Did She Withdraw?

News
Where Is Scott Shellady Going? Does the Cow Guy Have a New Job?