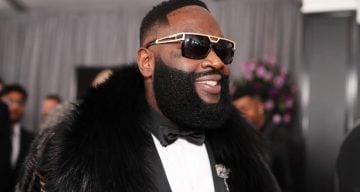 Hip-hop mogul Rick Ross was hospitalized on March 2, and latest reports state that he is currently fighting for his life. Amid the prayers for his recovery pouring on social media, some fans began posting “RIP” messages for Ross on social media. Now some are asking if Rick Ross is dead.

On March 2, Rick Ross was hospitalized in Miami, Florida. His family has not confirmed the status of his health, but reports state that he is fighting for his life. While celebrities wished for his recovery, some fans jumped the gun and posted “RIP” messages for Rick Ross. Is Rick Ross dead? Keeping read to find out the truth.

Rick Ross was hospitalized last week after he was found unresponsive in his Miami home. While his family hasn’t made an official statement on the rapper’s health, conflicting reports have surfaced. Celebrities and fans are praying for Ross’ recovery, while some are asking what happened to Rick Ross. Here’s what you need to know about Rick Ross’ health.

What Happened to Rick Ross?

TMZ reported on March 2, 2018 that Rick Ross was hospitalized in Miami, Florida. According to reports, he was found unresponsive in his home. 911 call records say his breathing was heavy and he was “slobbing out the mouth.”

The 911 caller also said that Ross has a history of seizures. In the past, he suffered two seizures on two separate flights. He made several lifestyle changes after that incident.

Along with medics, police were also alerted when Ross came to and became “combative.” He was rushed to the hospital for further treatment.

Initial reports said that his condition was pneumonia-related. However, later reports said the 42-year-old suffered a possible heart attack. A family member even denied Ross was hospitalized at all.

He was scheduled to appear at an event but it was canceled on account of his hospitalization.

Everyone pray for my buddy @RickRoss to get well soon!

From Gucci Mane, Drake, and French Montana to Mike Tyson, LeBron James, and Martin Lawrence, well-wishes for the “Hustlin’” hitmaker’s health poured in. Fans joined in too, posting prayers for his recovery on social media.

A frenzy began when some reports stated that the rapper was on “life support.” The TMZ report also suggested that his condition is very dire and he’s fighting for his life.

Some news outlets wrongfully reported that Rick Ross is dead, which led to many fans prematurely posting condolences for Ross. However, the Maybach Music Group mogul is neither dead nor on life support.

Ross’ family and friends also clarified that he’s doing fine and was never on life support.

Fat Trel, a rapper and close friend of Ross’, took to Instagram to state that Ross is not on life support.

Just got off the phone with a close source from Rick Ross camp and they reported that he is okay and he was never on life support.

Da Boss is not going anywhere yet, but it didn’t stop his mortal enemy, a.k.a. 50 Cent, from throwing subtle shade at Ross’ hospitalization.

Curtis Jackson posted a shot of Rocky IV’s Ivan Drago from the precise scene where the Dolph Lundgren character says his iconic line, “If he dies, he dies.” Even without a caption to go with the post, Fiddy’s Instagram followers could conclude that it was directed at Ross.