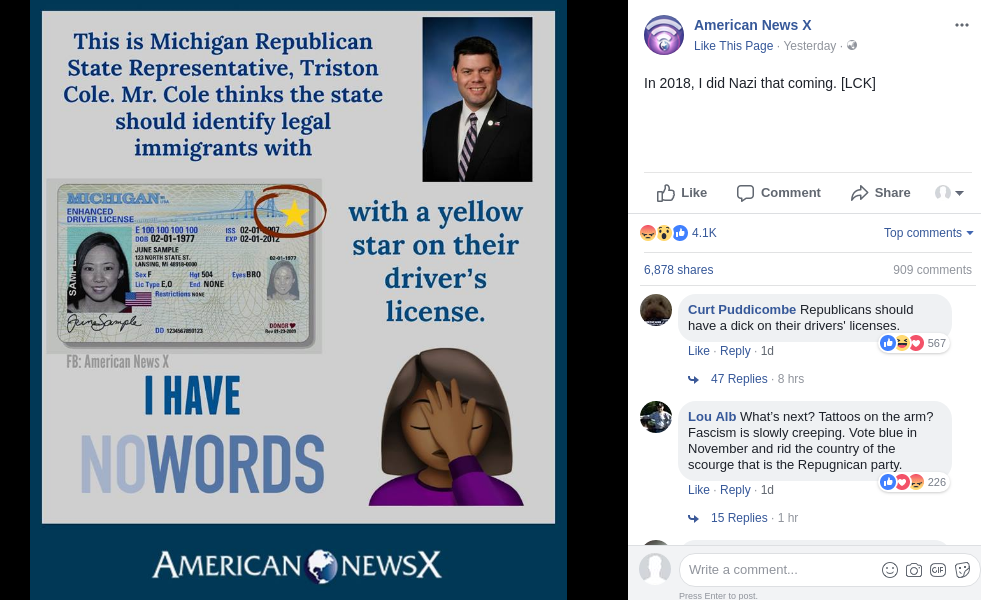 A Facebook page under the name “American News X” recently posted a photo saying that Triston Cole, a Michigan Republican, is of the view that the state should put a yellow star on the driver’s licenses of legal immigrants. The post is not true, and we at EarnTheNecklace.com are here to tell you why!

If you woke up today and started scrolling Facebook from the comfort of your bed, chances are that you stumbled across a post that said something about legal immigrants having a yellow star on their driver’s license.

We are sure that you jumped out of bed and started cursing Michigan Republican Triston Cole, just like many others did! But you can calm down, because the post about Triston Cole’s yellow star proposal on driver’s licenses is not true.

Many were quick to point out that the star looks similar to the one the Jews were asked to stitch on their clothes during World War II.

However, the actual star proposed to be put on the driver’s license looks completely different.

The star proposed to be put on legal immigrant’s driver’s license is not yellow. It is actually a golden circle with a white star inscribed in it. 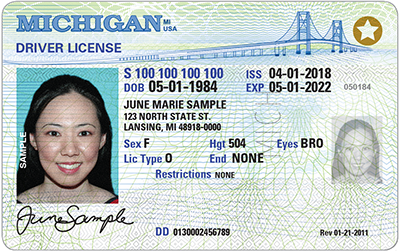 The Facebook’s post’s star is completely yellow, whereas the proposed star is different in color and design.

When the post was put up, many people posted negative comments and started comparing it to the Holocaust, when the Jews were segregated from other people.

The immigrant’s driver’s license bill was changed after it received a lot of backlash and complaints from immigration advocacy groups. The bills were opposed because immigrant advocates thought it could lead to profiling.

Susan Reed, who is the Managing Attorney for the Michigan Immigrants Rights Center, said that the original bill passed had, “sloppy language.” She further added it would have, “turned your little plastic driver’s license card into an immigrant judge who can see into the future.”

Michigan State Representative, Triston Cole, who approved the bills, explained that the new changes will help both law enforcement and immigrants. He further added that the new driver’s license for legal immigrants won’t need any visual marker requirements, as was previously mentioned in the original bill.

Cole said, “I really want to thank those that helped to ensure that the verbiage was correct as we made these changes.” He further clarified that the primary goal of the bills was to comply with the rules of the Real ID Act.