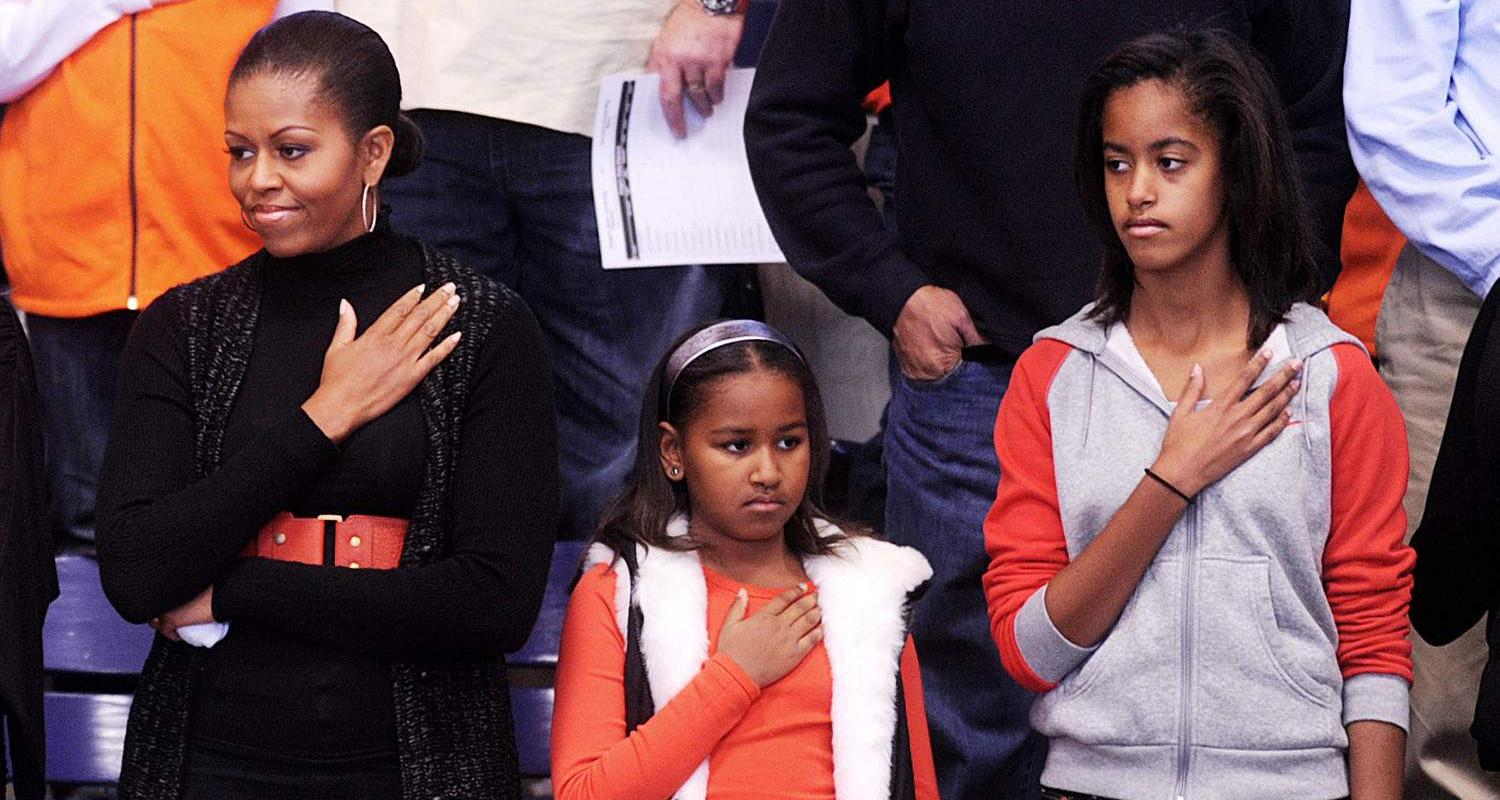 Michelle Obama Saluting Along With Her Daughters For National Anthem During A Basketball Game Credits: Pool/Pool/Getty Images

Former First Lady, Michelle Obama never put her hand over her heart during the Pledge of Allegiance.

Did Michelle Obama Place Her Hand Over Her Heart?

A Facebook page posted shared an image of Melania Trump with her hand over her heart during the Pledge of Allegiance. Her immaculate white outfit tells us that the photograph was taken when French President Emmanuel Macron and his wife arrived at the White House last week.

The picture’s caption alleges that Trump’s predecessor, Michelle Obama, never made the symbolic gesture of respect during the Pledge of Allegiance or national anthem. It has since caused some brouhaha on social media. 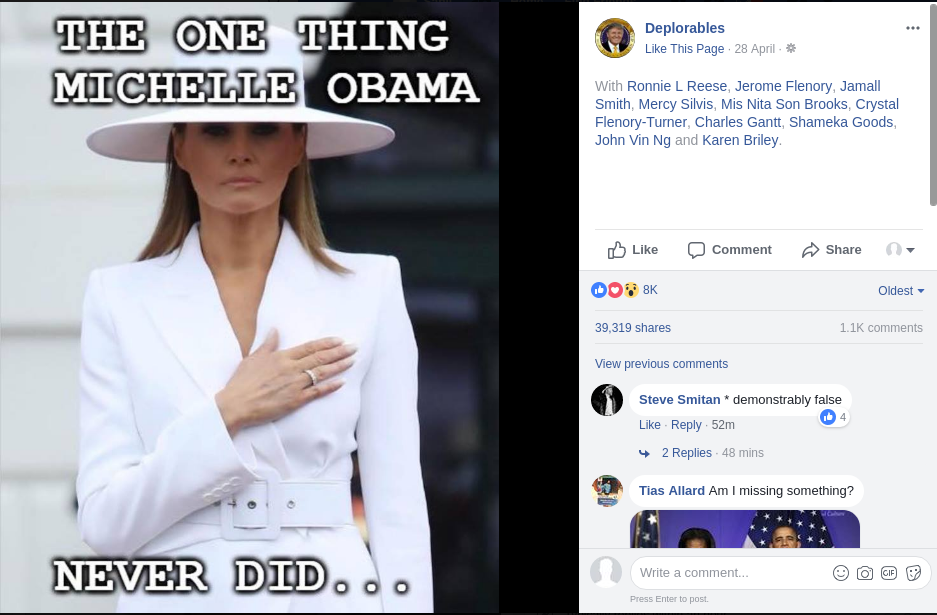 Since the image was shared on April 28, people have been searching the Internet to find out if Michelle Obama’s hand over heart claim is true. The post has almost 40K shares and over 8K likes and reactions, which are mostly in praise of the current first lady.

There are those who believe that Obama would not place her hand over heart as a mark of respect. And then are those who childishly reason the ex-FLOTUS does not have a heart to put her hand on. 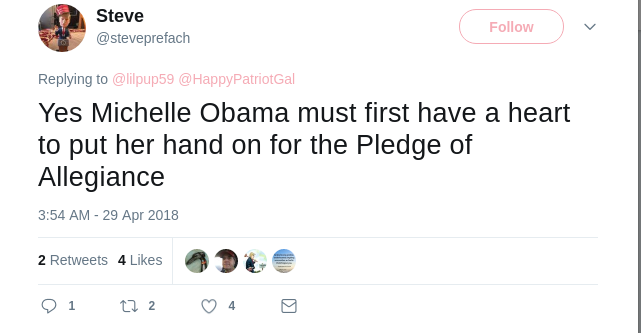 However, the claim that Michelle Obama ignored the expected mark of respect is false. She has placed her hand over her heart in salute to the national flag much like every proud American.

There is countless photographic evidence to prove Obama’s right hand has been across her heart during the Pledge of Allegiance and national anthem. 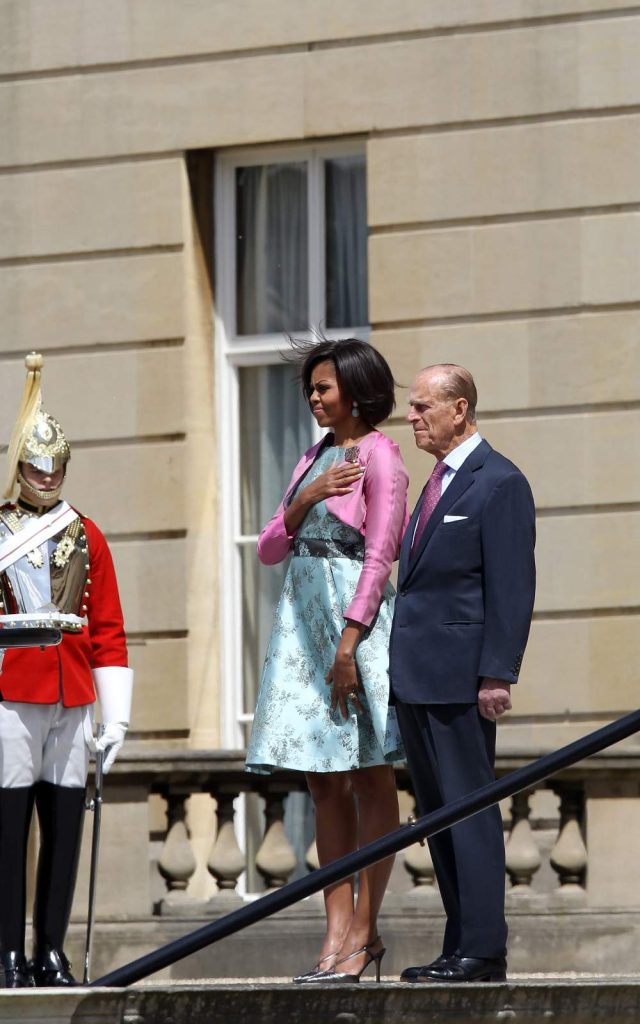 One Too Many Times

The Facebook account that claimed the former first lady never followed the gesture of honor appears to be a Conservative page. Most of the posts target the Democratic camp, and the latest post appears to take a jibe at Michelle Obama.

However, both Melania Trump and Michelle Obama have always had their hands over their hearts in salute during the Pledge of Allegiance and national anthem. There are enough photographs of both ladies making the gesture.

It’s dubious that such a claim is coming up more than a year after the Obamas left the White House.

If the former First Lady of the United States never honored the country, especially during her husband’s presidency, it would be all over the media. And the uproar would be massive.

There are no real instances of Michelle Obama not showing her respect. However, there have also been “instances.”

Barack Obama and his family are one of many victims of click-happy photoshoppers. Images of the 44th President and his wife have been digitally altered in slanderous fashion more times than we can count.

A picture allegedly from Veterans Day in 2011 shows Michelle Obama standing behind her husband without saluting the U.S. Flag. The picture was proved to be digitally-altered from a basketball event.

The photograph was taken just when Barack Obama had placed his hand over his heart before others did. Not just his wife, but even the military personnel, players, and attendees were captured a flash of second before they would salute the flag. Another picture taken that same day shows Michelle Obama following the flag protocol.

Meanwhile, another photo circulated online for a while where the former President and his wife appear to be saluting with their left hand. But it was easily proved to be a mirrored image.

The claim that Michelle Obama is incapable of or indifferent to showing respect for the country by placing her hand over her heart during the Pledge of Allegiance or national anthem is false.