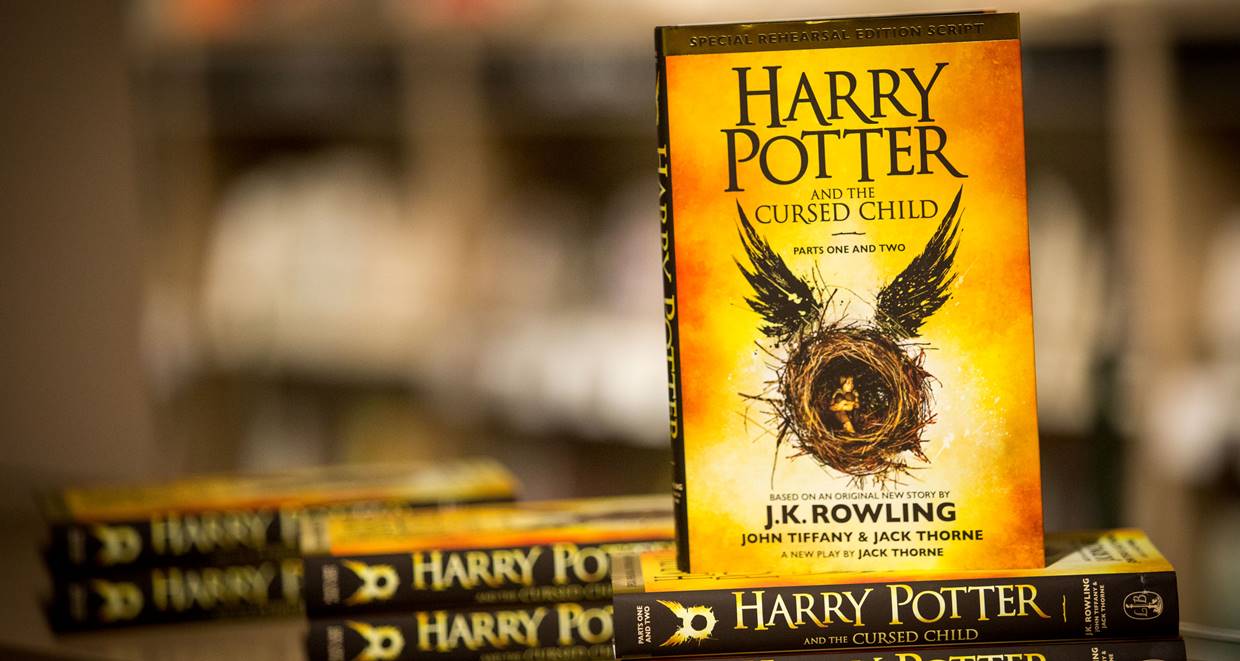 Social media claims that Harry Potter And The Cursed Child is all set to release as a movie in 2020. Twitterverse has gotten it’s hopes up after the rumor sprung out like a mandrake root (screaming about the release) and YouTube videos of “fan made” trailers for this concocted movie have all Potterheads indulged in the hokum.

Riddikulus! The news of the release of Harry Potter and the Cursed Child is pure fiction! It is a play based on a story by J.K. Rowling, and it will stay that way, at least for now. Theaters in London are packed with Muggles to watch this Harry Potter reboot, and we think, the movie rumor was nothing more than an April Fool’s day prank!

If you were among those who believed that Harry Potter and the Cursed Child was going to come to movie theatres soon, then we’re sorry, but we come bearing a major letdown. While the idea of a movie is so very noble, it’s not really true.

While the famous play is coming to Broadway on April 22, 2018, there is no announcement officially made by anyone who has authority on the news about a movie. The trailer released on YouTube—which so boldly says “fan made”—is exactly just that! For starters, the trailer is more like a video montage of all the seven movies put together, and showcases only previous scenes from the franchise.

Furthermore, the Twitter account (@HPPlayLDN), which is the official account for all information on the play, has no other news but of play tickets that are released for April this year along with tickets for 2019, as well.

If at all there was any truth to this news, the producers of the play, Jack Thorne and J.K.Rowling, would have had something to say about it. Could someone slip some veritaserum in their morning pumpkin juice, please!

But, then again, we’re not so sure that would help either, because the truth of the matter is, there is nothing more than a play right now.

Here’s more proof that leads us away from the movie rumor—the trailer has snippets of Daniel Radcliffe’s role from a whole other movie!

How unoriginal. The trailer that has so many Potterheads in a dizzy surely shows a “grown-up” Daniel Radcliffe, but that character is from The Woman in Black, which released in 2012.

April fools indeed, there is no truth to this trailer or even the news. But there is great news regarding the play. Ob-vi-ous-ly!

Harry Potter and the Cursed Child is all set to come to the Lyric Theater on Broadway this year. If you want to catch the show, you can book tickets on their official website and enjoy a show full of magic, intrigue, and a whole lot of nostalgia!

In the parallel universe, the official trailer for Fantastic Beasts: The Crimes of Grindelwald was released in March this year, with the announcement that the movie is going to hit the theater screens in November 2018.

The exact release date is still unknown, but it won’t be long for the announcement.

That should help cheer you up after the disappointing Harry Potter news! If only we had a wand and we weren’t Muggles, we would have used the Obliviate spell on you all to make you forget about it. We can assure you that there is only the play to look forward to at this time!

So, if you haven’t yet got the chance to read the book or watch the play yet, then hurry, you’re missing out on something absolutely fascinating!