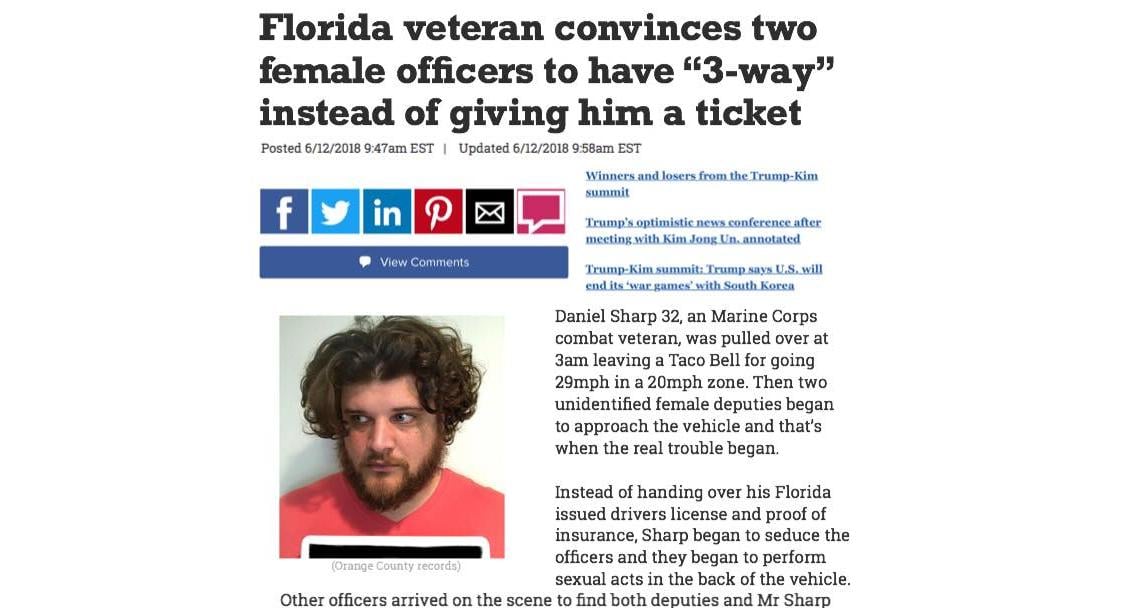 A Marine Corps combat veteran Daniel Sharp indulged in sexual acts with two female deputies in the back of his car.

A recent post on Facebook about Daniel Sharp, a Florida veteran, convincing two unidentified female officers to perform sexual acts is currently trending online. However, the story is completely fake, and we are here to tell you why.

A Facebook user that goes by the name “Pop Smoke” posted a photo on June 12, 2018 that read, “Florida veteran convinces two female officers to have “3-way” instead of giving him a ticket.”

The fake news piece said that a 32-year-old Marine Corps combat veteran named Daniel Sharp of Orange County was pulled over at around 3:00 a.m. He was leaving Taco Bell and was stopped because he was driving at the speed of 29 mph in a 20 mph zone. 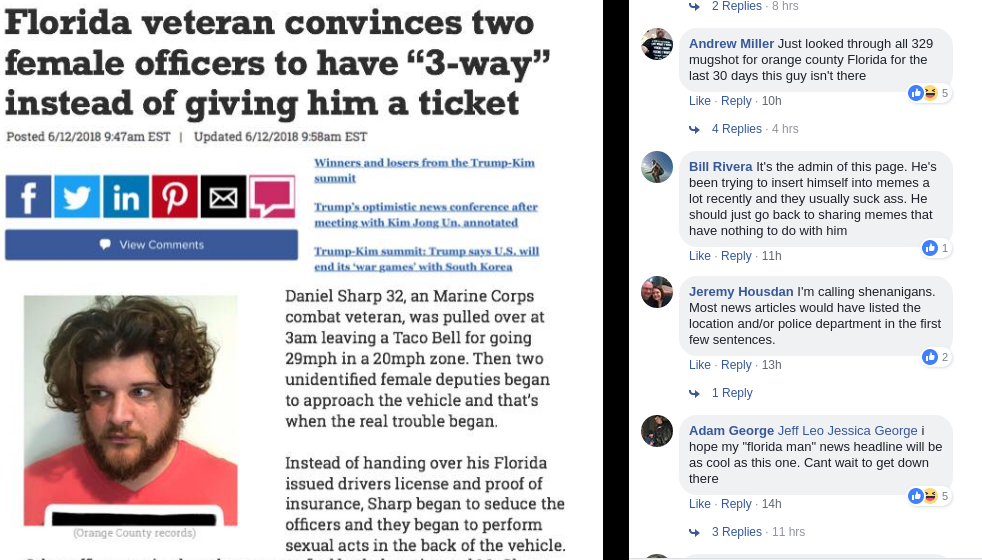 The story then explains that two unidentified female deputies approached his car. However, instead of giving his Florida issued drivers license and other documents, Sharp began to seduce the officers.

This apparently then led to the three of them performing sexual acts on each other in the back of the car. Other officers who arrived at the scene saw all three of them naked and performing lewd acts in public. 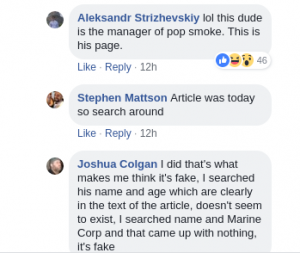 Many people who read the piece on Pop Smoke’s page were confused as to whether or not the story was true. One of the guys who commented on the post said that Daniel Sharp was one of his senior marines, so at least one person knew the user was a real guy. That’s when it was discovered that Pop Smoke is Daniel Sharp’s account, and he took the opportunity to pull the prank. We’re just not sure why so many believed it!

Daniel Sharp himself shared this post on Pop Smoke’s Facebook page to make his followers laugh and possibly to gain more followers. Well, he certainly created a buzz for himself with this bogus story!

Pop Smoke’s website states that Sharp is the chief executive officer of the page. And yes, he is a marine! He has served in the United States Marine Corps for 12 years.

During his tenure, Sharp served as a motivated SAW Gunner, Squad Leader, and Training/Range NCO.

Additionally, the Orange County Government Florida Jail has no records on Daniel Sharp. The post he shared is absolutely not true, but if you had yourself a little chucke, Sharp did his job!