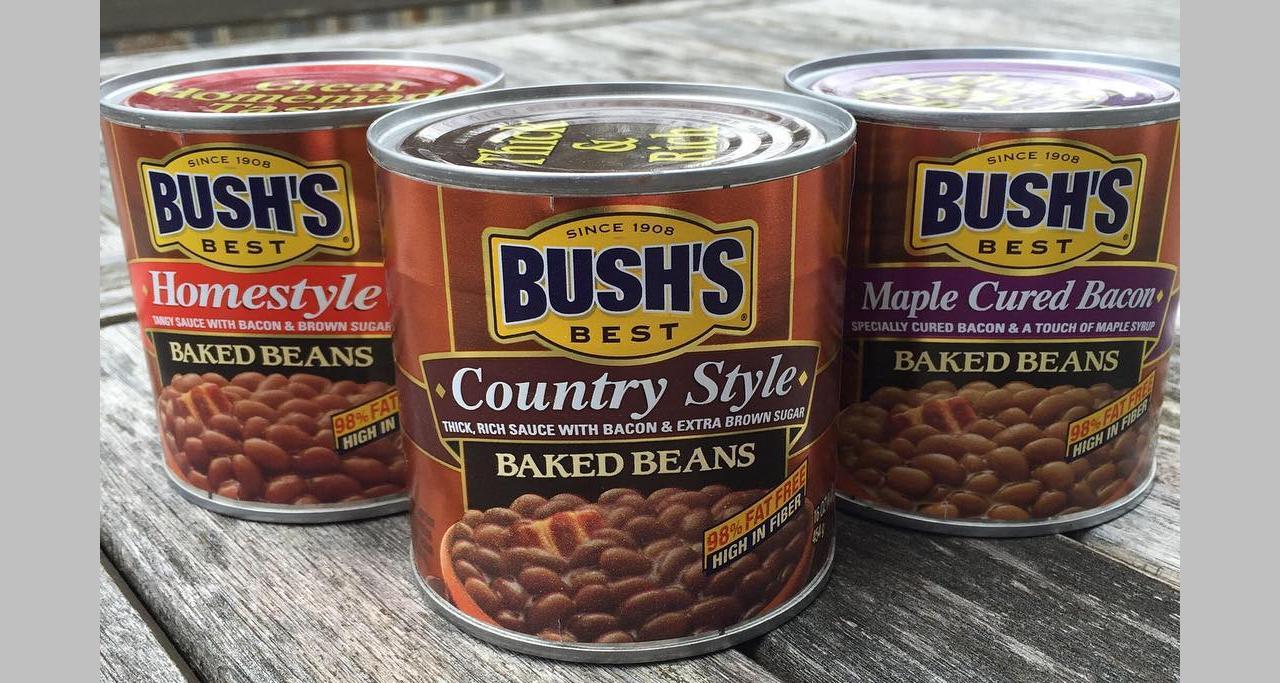 Bush Brothers & Company issued a recall of their canned bean products in 50 states in June 2018 because of potentially defective packing.

A recent report about a household staple has many worried. Bush Brothers & Company have reportedly recalled three varieties of their canned bean products from stores. The reason cited is potentially faulty packaging that could contaminate the beans with harmful bacteria. But this news may seem like déjà vu to some of us. Actually, there’s no reason to panic about contaminated beans. 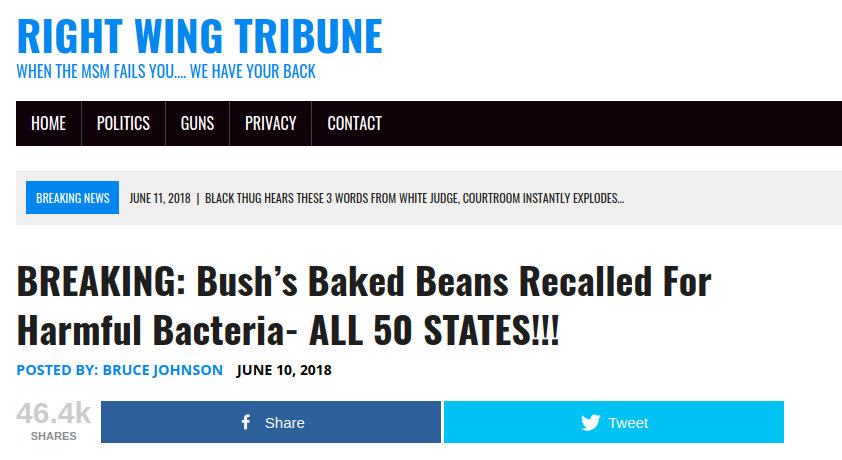 According to the report, the famous canned beans company discovered defective side seams on the cans during a quality control inspection. The defect compromises the cans’ integrity, making the beans vulnerable to bacterial contamination.

After finding out about the defect, Bush Brothers & Company reportedly issued a voluntary recall of certain 28-ounce cans of Brown Sugar Hickory Baked Beans, Country Style Baked Beans, and Original Baked Beans. The recall applies to cans with a certain lot number printed at the bottom of the can with an expiration date of June 2019.

Bush baked beans are sold in retail stores nationwide. They are a popular staple found in almost every American grocery cart. A recall this large would not only impact their sales, but it would also cause the company’s customers to worry.

This news has left some panic-stricken. And social media users have been sharing the report by Right Wing Tribune to alert others.

It’s understandable why consumers may worry, but there’s no reason to panic.

Why not? Because Bush’s baked beans haven’t been recalled in 2018. There’s no defective packaging or potential contamination of our favorite and nutritious beans.

In fact, the FDA closed this recall of Bush’s products a few months ago. 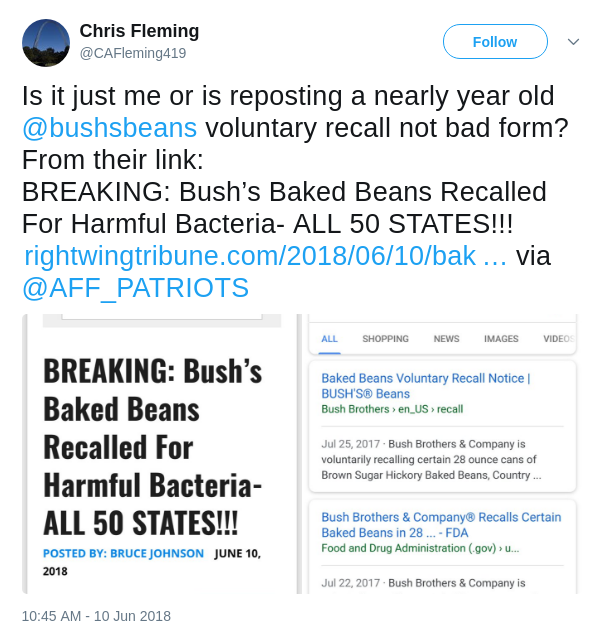 The report cites an old press release from July 2017 when the Bush Brothers & Company recalled its products for real.

A year ago, Bush’s can supplier found a temporary quality issue. Cans with a certain lot code could potentially leak, or the contents could be spoiled. The company listed measures to be taken and asked consumers to return the defective cans if the beans smelled or looked spoiled.

Bush Brothers later stated that the quality issue was taken care of immediately and no other product was affected.

There were no reports of any illnesses or adverse consequences of consuming the beans back then, either.

The company posted a notice on its website on April 12, 2018, informing its customers that the FDA closed the voluntary recall of Bush’s baked beans with the defective packaging. The notice furthered advises consumers who still have cans with the particular lot code and best by of June 2019 to dispose them off immediately.

Bush Brothers & Company haven’t issued another product recall since July 2017, so we can all relax here.  There are no reports of faulty cans or spoiled beans in 2018, at least not yet.

So, you don’t have to be cautious about the can of beans in your pantry. Unless it smells funny…