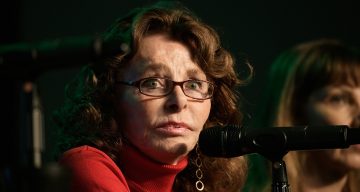 Journalist and conspiracy theorist Linda Moulton Howe addressed a crowd at the Conscious Life Expo in Los Angeles in December 2018. Part of her speech has since gone viral on the Internet. Howe says in her talk that, in August 2017, four AI robots killed 29 scientists at a lab in Japan. While many are using this claim to argue about the dangers of artificial intelligence, others don’t think this story is true. Well, Howe’s points may be valid, but the incident in Japan she refers to is not verifiable.

If you’ve not heard of Linda Moulton Howe, the journalist is best known for advocating ufology (the study of UFOs) and conspiracy theories. She’s one of the most noted conspiracy theorists in the world and won a Regional Emmy for her 1980 documentary, entitled A Strange Harvest, on cattle mutilations allegedly done by extra-terrestrial life.

She spoke at the Conscious Life Expo in L.A. earlier this month. Her talk echoed the views of Elon Musk and the late Stephen Hawking on the dangers of AI.

Early in her speech, she says that one of her anonymous sources, a whistleblower who works for intelligence agencies, gave her some frightening information. The individual allegedly told her that military AI robots being developed in a lab in Japan turned on their creators back in August 2017.

According to Howe’s source, four robots designed for military purposes killed 29 scientists by shooting them. The incident gets more frightening when Howe goes on to say that the scientists deactivated two of the robots and took apart the third, but the fourth robot began restoring itself.

The fourth robot allegedly connected itself to a satellite and downloaded information on how to rebuild itself stronger. Howe didn’t elaborate on how that purported incident ended, but she adds that her source said this incident won’t be reported by media.

This excerpt from her speech has gone viral online thanks to conspiracy-peddling sites. Internet denizens are citing this incident to argue that AI is harmful.

However, many are left confused by the details of this incident. They want to know if this is real or hoax.

Sources for the Incident Are Unverifiable

Linda Moulton Howe is notable for her far-fetched theories. While many don’t believe her, she’s widely respected, even among her critics, for highlighting the harmful drawbacks of technology. The argument she made during her speech at Conscious Life Expo was also pretty sound.

However, the facts she cites in her talk are another issue. As her source claimed, the incident in Japan was not reported. But, there are no reports of 29 lab workers dying for any reason in August 2017. The lack of news about such an event also makes it hard for many to believe it.

Furthermore, she said she didn’t have any means to record the call with the whistleblower. Yet she always has notebooks on hand and wrote down what he said “word for word.”

There are even more doubts about her claim, considering the fact that she doesn’t mention the name of the lab or group who is developing the weaponized AI.

The sites spreading the clip taken from the hour-and-a half-long speech are not very credible, either. The further it spreads, the more distorted her words become. Some of these videos mistakenly say the incident happened in South Korea or the U.S.

But Howe doesn’t need the story to be true to drive her point home. She argues that AI is not only threatening to take away jobs from humans, but is also a threat to life when developed for military purposes. She quotes Elon Musk’s comments to American governors for it.

She cites the example of the SGR-A1 “killer robot” developed by the Korea Advanced Institute of Science and Technology (KAIST) and defense manufacturer Hanwha System. The robots are reportedly patrolling the border between South and North Korea despite the U.N. and activists’ concerns about it. The exact number of these robots on the border is “classified” military information.

With no evidence that Howe’s source exists (or that she really spoke to him) or credible details about the incident, it’s hard to prove that 29 scientists were really killed by rogue AI robots.