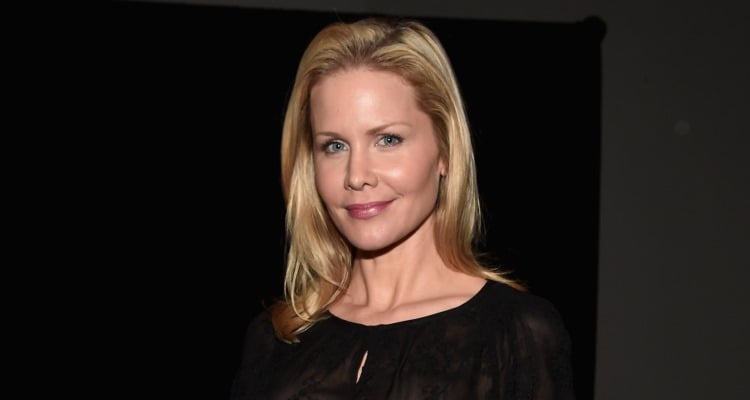 The Locked In Lifetime movie originally premiered on August 19th, 2017 at 8:00 p.m. and so far it’s been receiving a ton of positive feedback from hardcore fans of the network! The Locked In cast features a few well-known TV and film actors, as well as one up-and-comer who’s on the fast track to becoming a household name! Read on for more information on who’s starring in Locked In!

Lifetime is known for producing somewhat risqué television content, ranging from movies about obsessive, psychotic, and usually murderous neighbours to crime dramas. Some of these stories are even loosely based on real-life events! So, it’s not surprising that this little gem of a movie has been generating a lot of online buzz since its release.

For Lifetime movies like Locked In, 2017 has been a great year! People seem to love these wildly entertaining made-for-TV flicks and Lifetime shows no signs of slowing down on their releases! The headliners of the Locked In cast include the highly accomplished Josie Davis, General Hospital heartthrob Ryan Paevey, and newcomer Kaleigh Rivera. Here’s everything you need to know about the cast of the Lifetime movie, Locked In.

TONIGHT! Premiere of LOCKED IN on @LifetimeTV. I''m a pill popping #Agoraphopbic with #PTSD in #Kentucky

You’d be pretty hard-pressed to find a trailer for Locked In, even if you scoured all of the darkest corners of the Internet trying to find one! So, here’s a brief synopsis of what the movie’s all about.

Josie Davis plays an overprotective agoraphobic woman named Anne Marie, who’s afraid to leave her farm after the unsolved murder of her husband. She lives with her teenaged daughter, Taylor, played by Kaleigh Rivera. The mother and daughter have a very strained relationship as Taylor feels suffocated and trapped by her mother’s constant controlling behavior. She’s yearning to move out to live with her boyfriend. Just as things get extremely over-the-top and dramatic, a massively dangerous storm is on the horizon, which prevents Taylor from leaving. It seems like the storm is a metaphor (or a foreshadow) of the danger that’s about to unfold. Amidst the dangerous weather warnings, a strange man, named Draven (played by Ryan Paevey) appears on their doorstep claiming that he’s run out of gas and asking for a place to stay until the storm clears up. Little do they know that it wasn’t fate that brought him to their farm, but the malicious intent of retrieving a hidden lump sum of stolen money! As it turns out, he’s an escaped convict who’ll stop at nothing to get what he wants. But will it be at the expense of the two women living on the farm? You’ll have to watch the movie to find out!

In the meantime, here’s a little background information on the talented cast.

Watch my NEW drama reel! (Link is in my IG bio)

Josie Davis is probably best known for her role as the nerdy, but attractive Sarah Powell on the 1980s hit TV show, Charles In Charge (1984-1990). After the show went off the air, Davis had a hard time finding work in Hollywood as she was constantly being typecast based on the famous and beloved TV character she portrayed on the show. Like many young actresses who’ve been pigeonholed into playing the same character, Davis struggled for a few years to break free from her one-dimensional, bookish, goody-two-shoes persona and convince producers that she was a versatile actress.

From a young age, Davis had studied acting under the tutelage of the renowned Paul E. Richards, who worked alongside Lee Strasberg at the Actors’ Studio in the 1950s. In 1997, at the age of 24, Davis auditioned for the second time to enter the Actors’ Studio in front of screen legends and alumni Shelley Winters, Mark Rydell, and Martin Landau. Her acceptance at such a young age was a phenomenal feat that undoubtedly helped propel her career to greater heights. She went on to star in two Aaron Spelling dramas—the first one being Beverly Hills 90210 (1990-2000) and later the short-lived series, Titans (2000). Davis has also made various TV appearances in Two and a Half Men (2003-2015), Hawaii 5-0 (2010-present), Chuck (2007-2012), Bones (2005-2017), and many more. She’s also ventured into the film industry as an actress, producer, and screenwriter. Fun fact: Davis has appeared in a total of nine Lifetime movies.

Ryan Paevey is a model-turned actor who never initially had any intentions or ambition to pursue a career in show business as a child. He was thrust into the world of modeling when he was discovered by a talent scout at a very young age, and his career took off from there. His most notable role is that of detective Nathan West on the long-running ABC daytime soap opera, General Hospital (1963-present). Paevey has worked alongside some pretty big names in the entertainment industry, including Katy Perry, Cher, and he even played the sexy love interest in Christina Aguilera’s music video for Your Body. Like his co-star, Josie Davis, Paevey has also starred in a number of made-for-TV movies and he’s made a handful of television appearances, including an unforgettable one competing against Lou Ferrigno on ABC’s Battle of the Network Stars in August.

Gotta say, it was awesome to spend the day with one of my lifelong fitness inspirations #louferrigno …catch an epic competition tomorrow at 9/8 central on ABC @networkstarsabc , team TV Cops! @generalhospitalabc

Kaleigh Rivera is a young flourishing actress, who’s already making a name for herself in the entertainment industry. She discovered her passion for acting at the age of 11 and has managed to remain focused on her craft ever since. While other girls her age are out partying, or worrying about whether boys like them or not, this promising young woman is earning a steady 4.0 GPA with the potential to graduate a year early! As a military daughter, Kaleigh is used to traveling a lot and enjoys spending time with her family and her dogs. Aside from Locked In, she’s appearing in several noteworthy upcoming film projects, including the Nicholas Cage-directed movie, Vengeance: A Love Story (2017) and The Darkest Minds (2018).