Michael Bublé is back! Fans of the Canadian singer-songwriter are in for a real treat, because Michael Bublé’s upcoming album, Nobody But Me is releasing soon! It looks like the wait is finally over, as Bublé’s ninth studio album is all set to drop on October 21, 2016. Nobody But Me will be released by Reprise Records and will feature three original numbers co-written by the four-time Grammy Award-winning star, as well as nine covers.

To date, Bublé has sold over 55 million copies of his albums worldwide. His much-awaited album, Nobody But Me has been produced by Bublé himself, along with Johan Carlsson, Alan Chang, Jason “Spicy G” Goldman, as well as the multiple award-winning production team, The Monsterz and the Strangerz. While Bublé dropped his first single ,”Nobody But Me,” featuring rapper, Black Thought back in August, the music video was just recently released on October 11.

The eye-catching video features the handsome crooner looking dapper in a suit, while performing in front of a pastel-color painted set. The foot-tapping number has already become a hit and features a game show, with a girl going on a date with three contestants, all played by Bublé himself. To listen to the song or download “Nobody But Me, ” click here.

Watch the official music video of Michael Bublé’s, “Nobody But Me” right here:

Bublé’s last studio album, To Be Loved was released back in 2013 and it sold 3 million copies worldwide. His highly-anticipated album marks the end of his three-year hiatus, and an excited Bublé proclaimed, “I don’t know that I’ve ever had this much fun working on an album. It was especially thrilling to collaborate with my band, who understand that I want to sound better than I’ve ever sounded. I’m also very proud of the new songs. Having the opportunity to co-produce was a joy for me personally.” 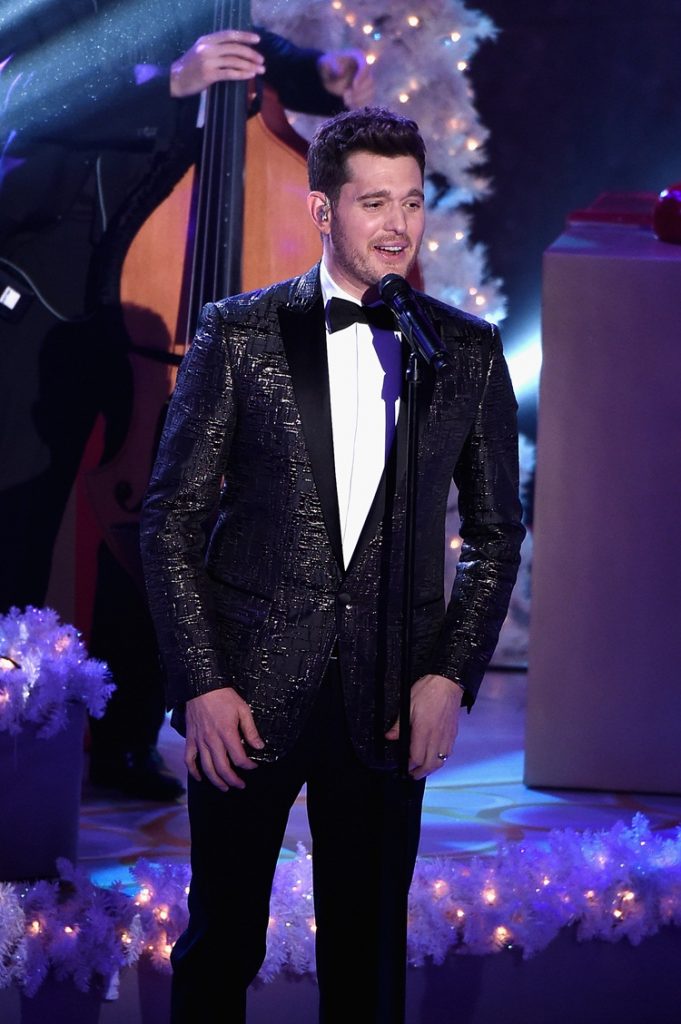 Nobody But Me Tracklist (Standard Version)

Recorded in Los Angeles and Vancouver, the album Nobody But Me features a duet with singer, Meghan Trainor titled “Someday.” It was actually co-written by Trainor and One Direction band member, Harry Styles. This is the first time that Bublé has given vocals to an original song that he hasn’t written! The deluxe version of Nobody But Me features three additional tracks: “This Love of Mine,” “Nobody But Me” (Alternate Version) and “Take You Away.”

The Juno Award winner was recently christened as the new host of the Brit Awards, and he will speak (and present) at the 2017 ceremony. In a statement confirming the news, Bublé said, “I belong to the UK. They made me. So to be honored by being asked to do something like the Brits, it’s a privilege, it really is.” Considering that we can’t get Bublé’s brand new single, “Nobody But me,” out of our heads, we absolutely can’t wait until the album’s full release on October 21!