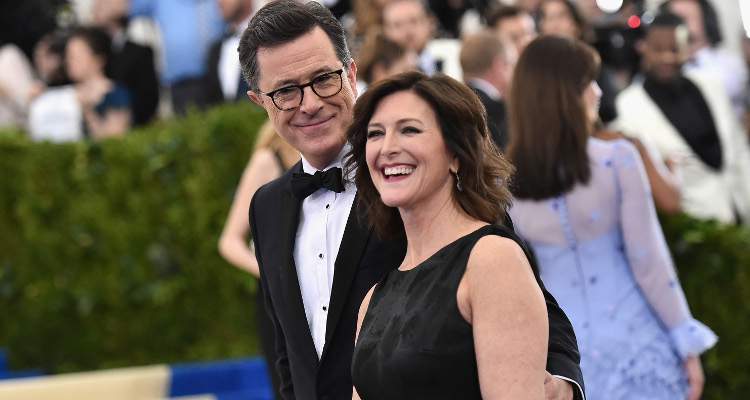 The Late Show host, Stephen Colbert’s jabs against President Donald Trump aren’t anything new. On Wednesday night (February 7), he got together with his old pal, John Oliver to hilariously implore Trump to speak to Robert Mueller. Now, everyone wants to know more about Stephen Colbert, including about his family and wife. Your wait ends here because our Evelyn McGee Colbert wiki has everything you need.

How Did Stephen Colbert and Evelyn McGee-Colbert Meet?

Stephen Colbert may not strike you as the romantic type (with all the comedy laced with scathing political jibes), but his love story about how he met his wife (who he affectionately calls “Evie”—Awww!) will make your heart swoon!

Colbert narrated their first meeting story on The Late Show—and it’s straight out of a Disney movie! They’ve been together -and in the spotlight- for nearly 25 years, and they’re still going strong!

Before taping an episode of his show, an audience member asked: “When you met the woman who is now your wife, how did you know she was the one?” Stephen joked, but quickly got into the story of how the two met.

Stephen confessed he was in love with his then-girlfriend at the time, Ann, but he wasn’t sure if he wanted to marry her. He then decided to go back to his childhood home in Charleston, South Carolina for a week to think it over.

Stephen and Evelyn grew up in the same South Carolina area. Colbert went to an all-boys school while she went to an all-girls school. So, their paths never crossed until that fateful day in 1990.

Stephen went to his mother for advice, and she helped him realize that if he wasn’t sure, then he wasn’t ready. He later went to a play with his mother and in the lobby he met his future wife across the room! Yes, their eyes met and he instantly knew he wanted to marry her! (He didn’t need a week to mull about it this time!) 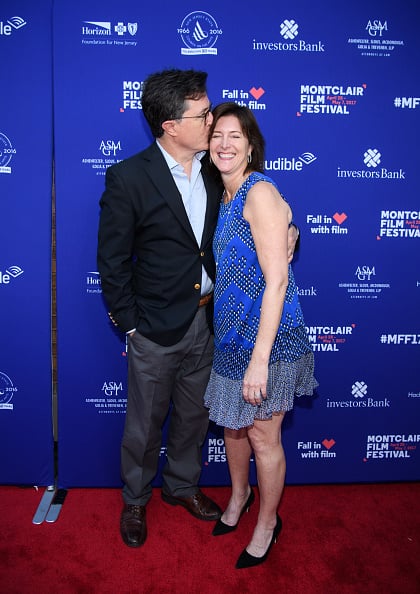 There’s no official news on Evelyn’s age, but she’s likely close to the same age as her 52-year-old husband. Her father is well-known civil litigator from Charleston, Joseph McGee, who served in the South Carolina House of Representatives.

The couple were married on October 9, 1993, and have been together ever since. Evelyn and Stephen have three children together: Madeleine, 22, Peter, 19, and John, 15.

Evie has mostly focused on her children but she has also acted on the side. Her most notable work was a cameo in Strangers with Candy, starring Colbert. She played the protagonist Chuck’s mother. Fun fact: Stephen was Chuck!

Her other roles include The Hobbit: The Desolation of Smaug and Alpha House.

She also keeps up with her husband’s job. In an interview with Oprah Winfrey, she admitted she doesn’t like Stephen’s ‘Stephen Colbert’ character from The Colbert Report. Thank goodness he got rid of that for The Late Show.

Evelyn had nothing but praises for her husband and how sexy she thought he was at the 2017 Met Gala! A reporter with inside access to the Met Gala interviewed the couple and posted the adorable exchange on Instagram.

“He’s so sexy,” Evelyn reportedly said, according to the caption. “And he taught me the importance of being silly.”

“Being silly is so important. Silly is the opposite of grief. It’s throwing yourself into a moment without care. You can’t always maintain your status as a dignified person― it gives you blinders,” added Evelyn. “When you always expect the world to fulfill your expectations, it wears you down. It closes you off.”

This couple makes you believe in fairy tale romances! 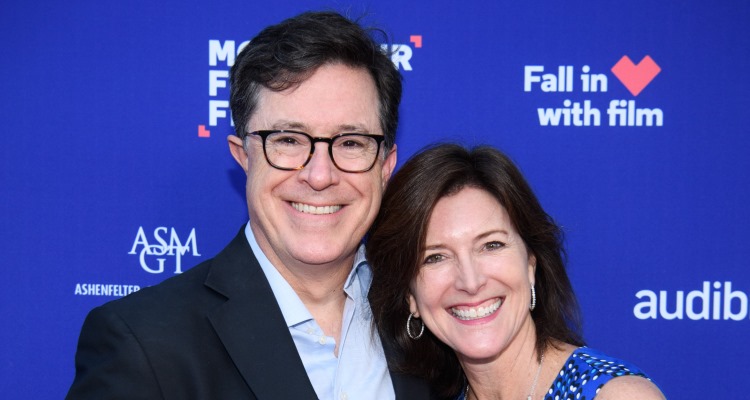